January 27 marked 10 years since Apple announced the debut of the iPad. At first, people thought it was nothing more than a clunky, glorified iPhone. But Steve Jobs knew the type of success the iPad could have. The key was in the apps, and how they could be used on an iPad versus an iPhone.

But the iPad isn’t as popular as it once was. The company has seen a decline in the sales of the iPad in 2015. It was at its peak in 2013, where the iPad accounted for 26 percent of Apple’s total global revenue, as demonstrated in our chart below.

Apple’s earnings report for the first quarter of 2020 is slated to come out on January 28, the day after the iPad’s 10-year anniversary. If the trend for the last two quarters continues, sales of the iPad will have increased. 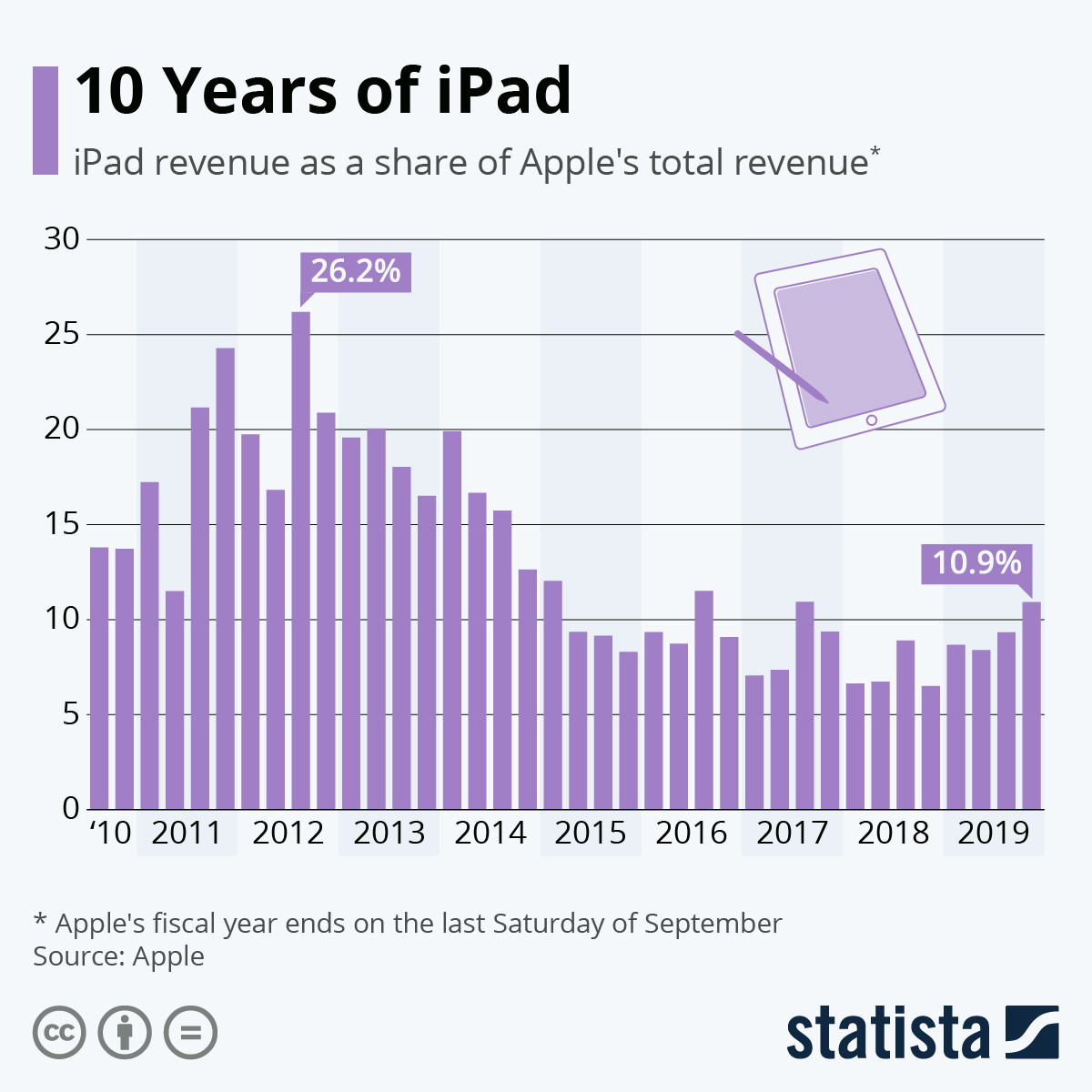