55% said they were better off, a figure unrivaled by four of the five previous presidents at similar stages of their time in the White House

Often cited as the key factor in achieving reelection in the United States, the economy, and the perceived economic prosperity of Americans under a president, is in the minds of most voters when going to the polls. As the coronavirus pandemic continues to grip the country, confidence in the economy is currently low in the U.S., however, as a Gallup survey shows, a majority of people in the country (55 percent) still say that they are ‘better off’ than they were four years ago.

As this infographic shows, this is a figure unrivaled by four of the five previous presidents at similar stages of their time in the White House (Gallup didn’t include data for Clinton). That’s not to say the pandemic hasn’t had a negative effect on this metric though – in January, the figure was at 61 percent.

The exact role that will have in deciding this extraordinary election is of course still unknown, but another result of the survey worth noting is the share of Americans citing the economy as one of the most important issues facing the country in 2020. In 2012, 70 percent of respondents named an economy-related issue when answering this question, while the lowest result since 1992 was 40 percent. This year, that figure is at just 9 percent. 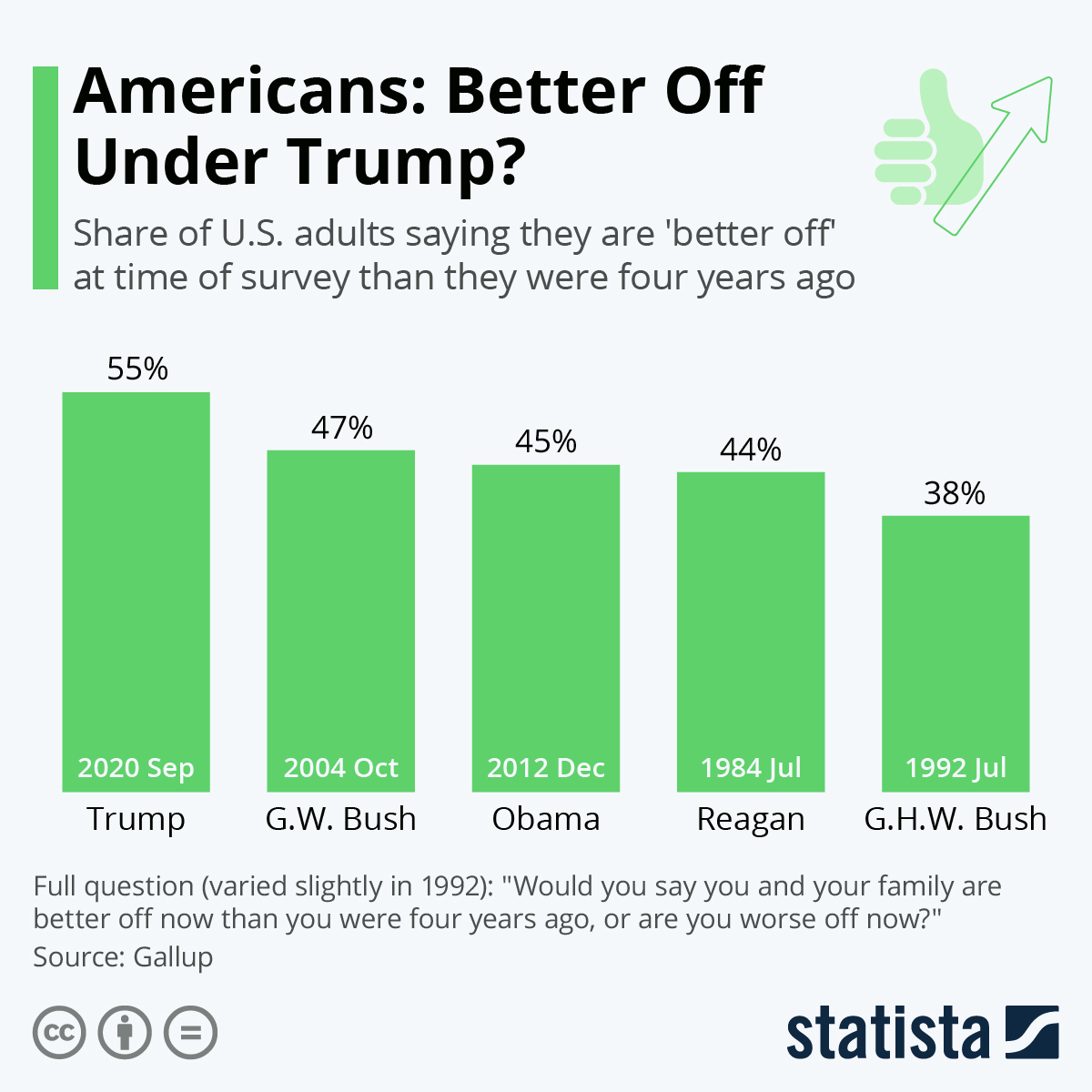