Apple doubled down on its services ambitions by announcing Fitness+, a Peloton-like subscription service for online fitness classes

When people think of Apple, they think of hardware first. iPhone, iPad, MacBook and iMac – those are the products that made Apple what it is today: the most valuable company in the world. Despite having always emphasized the advantages of its hardware and software working seamlessly together, the latter was long considered a means to an end at Apple, rather than a worthwhile business opportunity in itself. Over the past few years, however, that perception changed to some extent, as software and services have come to play a larger role than ever in Apple’s business.

This week, Apple doubled down on its services ambitions by announcing Fitness+, a Peloton-like subscription service for online fitness classes, and Apple One, which bundles Apple’s subscription services into different packages ranging from $14.95 to $29.95 a month. With Apple TV+, Apple Music, Apple Arcade, as well as iCloud and Apple Care, Apple’s services and subscription business has become a beast of its own in recent years. As our chart illustrates, services revenue increased more than threefold since 2013, growing from $13.5 billion in the twelve months ended March 2013 to more than $51 billion in the twelve months ended June 2020.

While $51 billion in annual revenue is beyond most companies’ wildest dreams, it can still be considered bycatch for a company of Apple’s size. With product sales amounting to $222 billion in the twelve months leading up to June 2020, hardware still accounts for more than 80 percent of the company’s total revenue. 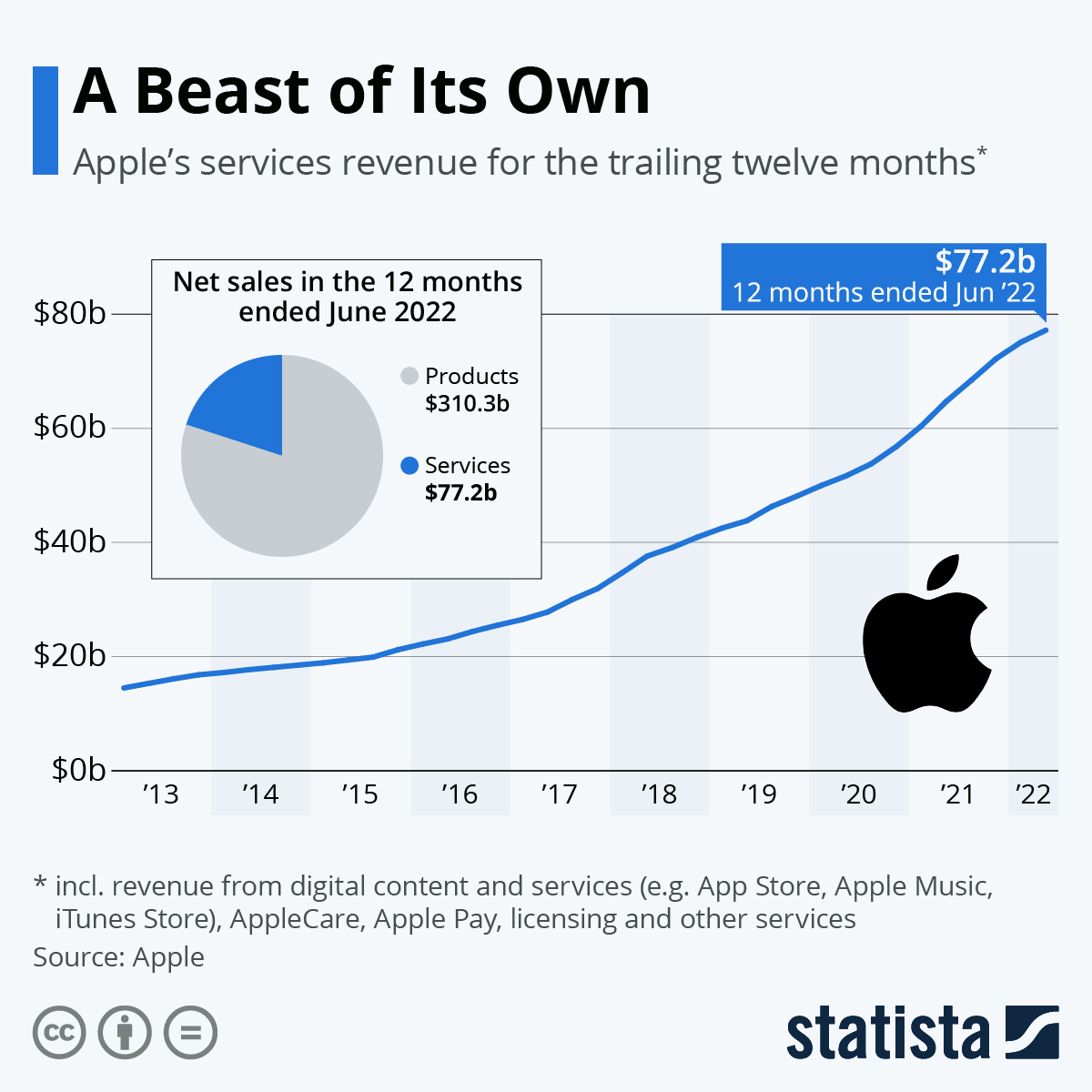