The company announced the App Store Small Business Program, which will reduce the disputed commission Apple charges on paid apps and in-app purchases

In its ongoing battle with app makers over App Store commissions, Apple extended an olive branch to the developing community on Wednesday. The company announced the App Store Small Business Program, which will reduce the disputed commission Apple charges on paid apps and in-app purchases from 30 to 15 percent for developers earning less than $1 million a year.

Having long defended its commission policy as industry-standard, Apple appears to have found a way to appease the vast majority of its developer base without making concessions to those pushing hardest for change, namely Fortnite maker Epic Games, Spotify, and other app publishers certainly too big to qualify for the cut.

At the same time, what sounds like a big concession to make on Apple’s part will likely have a very limited effect on the company’s bottom line. According to estimates from app analytics from SensorTower cited by the New York Times, 98 percent of developers will be eligible for the commission cut. However, these developers accounted for just 5 percent of total App Store revenue last year, meaning that Apple is willing to take a smaller bite of what is a very small piece of the pie, to begin with. 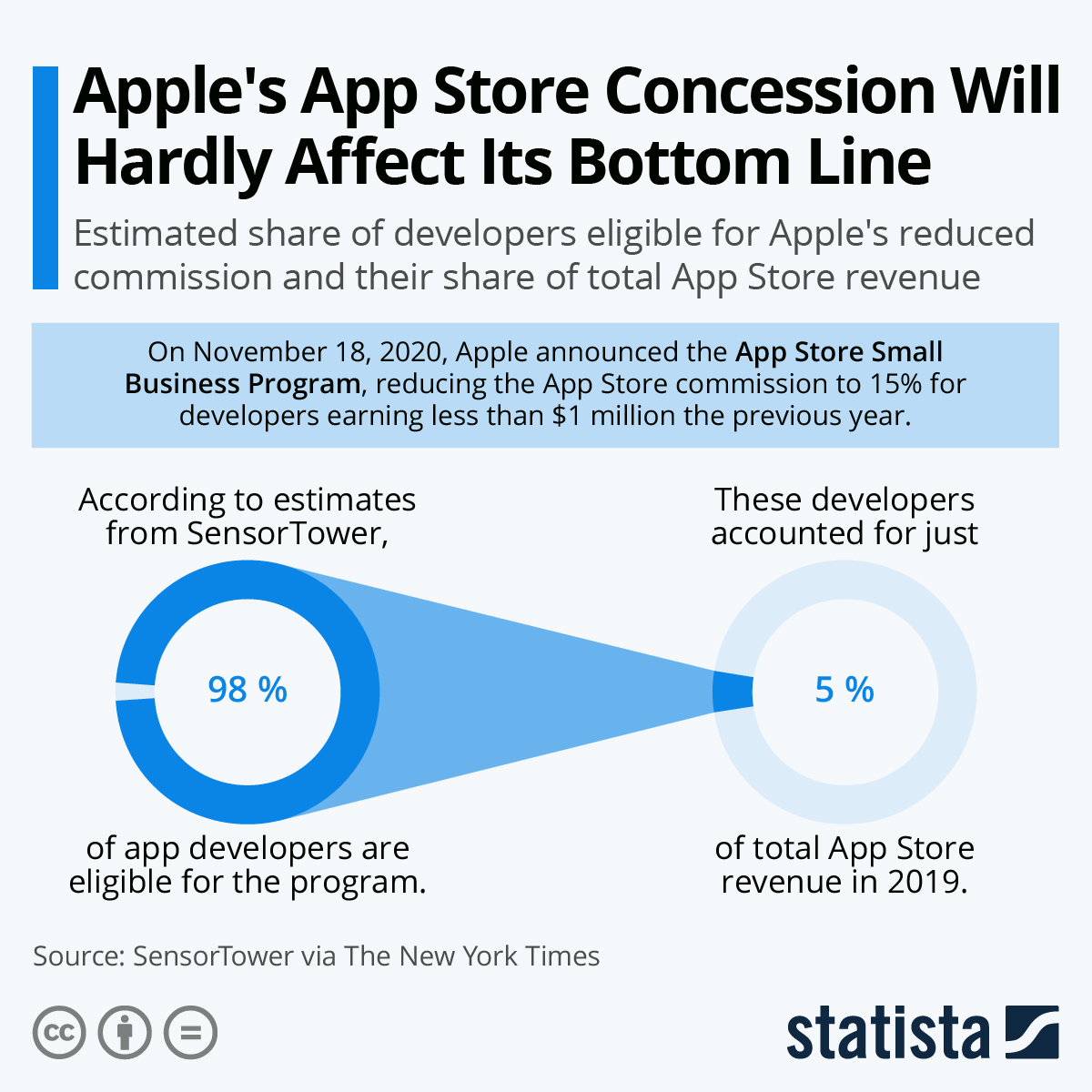