The Chinese Alibaba Group reported better-than-expected fourth quarter earnings on Friday. Despite the coronavirus outbreak affecting its domestic business in February and March, the e-commerce conglomerate passed $1 trillion in gross merchandise volume for the first time in fiscal 2020. Revenue for the 12 months ended March 31 came in at $72 billion, while operating profit grew 60 percent to $12.9 billion. Not all is well for China’s most valuable internet company, however, as CEO Daniel Zhang warned of the uncertainties his company faces going forward. “The battle against the COVID-19 pandemic is not over,” he said during Friday’s conference call with investors, adding that despite China’s success in containing the virus, “the threat of the pandemic is still looming in the rest of the world and the timing and the pace of recovery is still uncertain.” Zhang also acknowledged the rising tensions between the U.S. and China, which “have added another layer of uncertainty to the post-COVID-19 world.”

Currently valued at $550 billion, Alibaba is China’s largest internet company and often referred to as “Chinese Amazon”. Given their similar business models – both companies are primarily known for their e-commerce activities but also offer other services including cloud infrastructure – it’s a natural comparison to make and while there are certainly similarities between the two companies, Alibaba still has a long way to go in matching Amazon’s size and global footprint. Coming in at $296 billion for the 12 months ended March 31, Amazon’s revenue is more than four times as high as Alibaba’s. In terms of profits, however, Amazon’s Chinese equivalent is much closer to the original. Amazon’s operating profit for the 12 months ended March 31 amounted to $14.1 billion, while Alibaba raked in $12.9 billion. 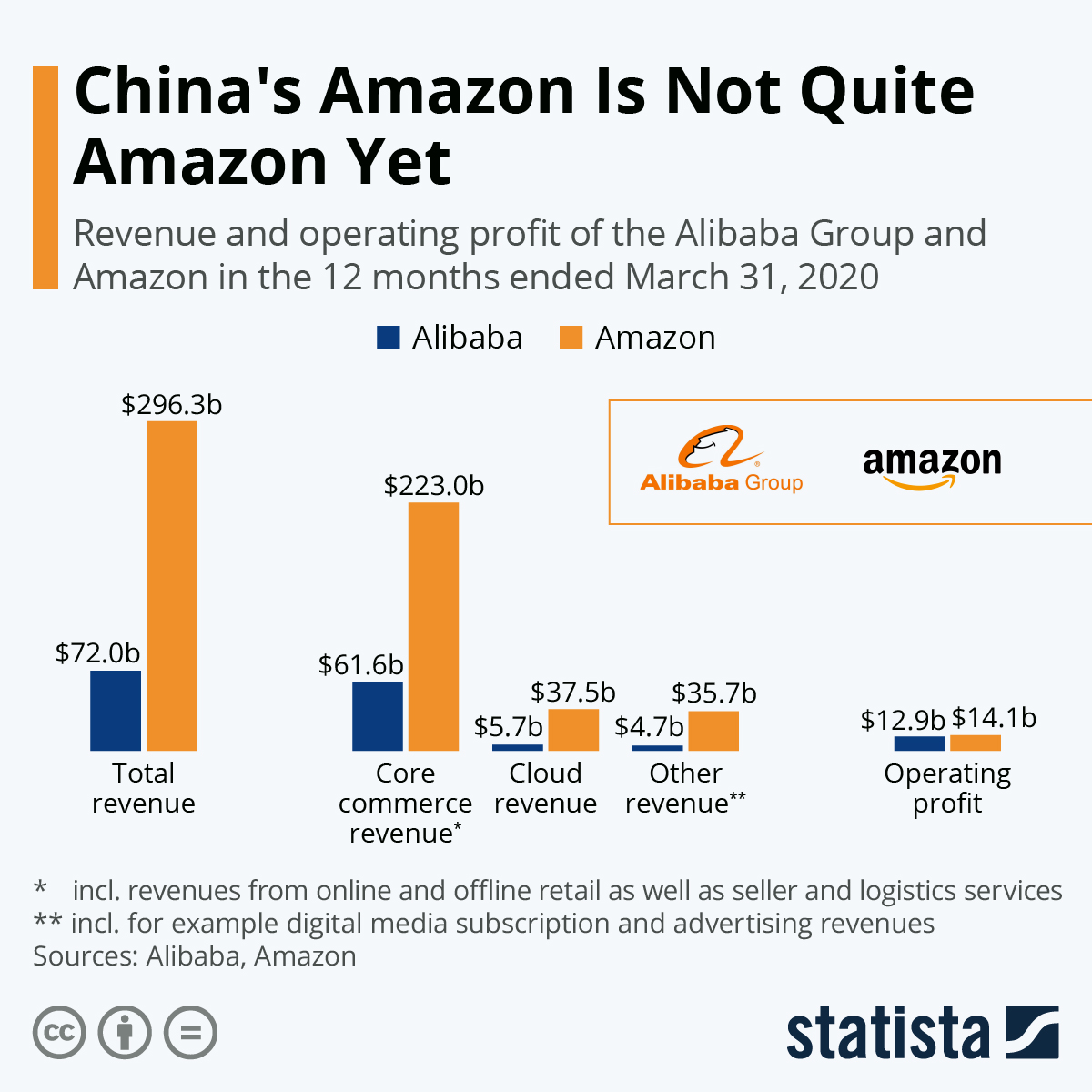