Of the five most affected countries, the share of deaths is currently highest in Iran

At the time of writing, the United States had reported 76 cases of COVID-19 with two deaths, both in Washington state. The number of infected people is still very small though, with the disease yet to have gotten a significant foothold in the country. When looking at the countries with the most cases however, we can start to form a more accurate picture of the impact of the coronavirus on human life.

Of the five most affected countries, the share of deaths is currently highest in Iran. According to media reports it can be assumed that there is a high number of unreported cases of infected and dead people too, as the Iranian leadership is believed by some observers to be covering up the scale of the problem.

Where there are the most infected people, in mainland China, the share of cases which have led to death is currently 3.8 percent. Here, too, there could be a higher number of unreported cases. According to health experts, the prognosis depends to a large extent on whether the infected person already suffers from previous illnesses such as heart, circulatory or lung diseases. For such patients the probability of a fatal outcome is much higher. 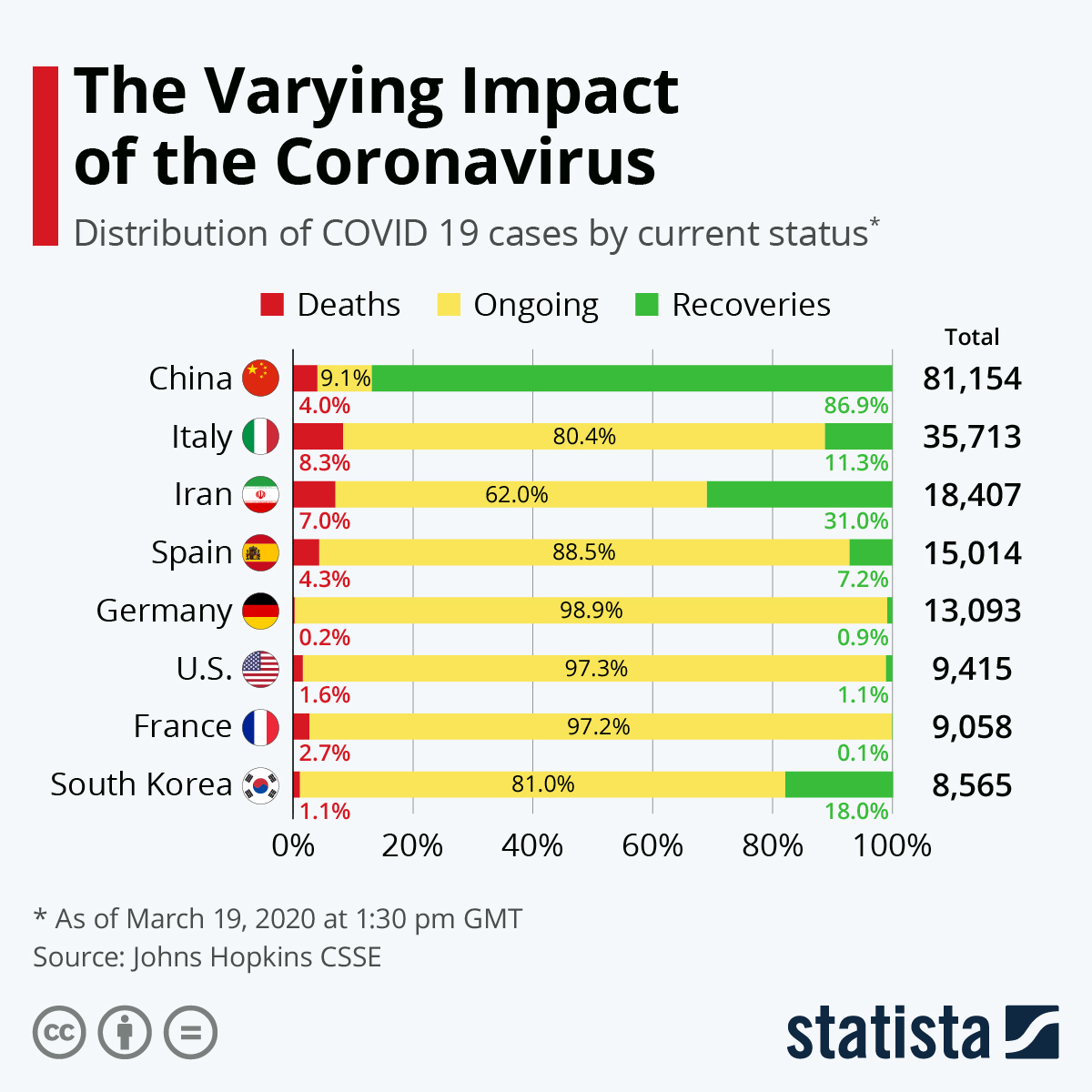