Italy is on top

The White House lambasted The Centers For Disease Control and Prevention yesterday, saying that the top U.S. health agency “let the country down” in providing crucial testing to contain the spread of COVID-19. The U.S. now has close to 1.5 million infections and 90,000 deaths (as of May 18).

The Most Widespread Vaccines in the World (infographic)

Even though the U.S. has ratcheted up testing after early setbacks, it still trails many other countries in the number of tests administered per 1,000 inhabitants. According to respective government figures reported by Our World in Data, the U.S. had performed 32.39 COVID-19 tests per 1,000 people as of May 16.

Even though that represents a considerable improvement on recent weeks, it is still behind many other countries including Italy, Spain and Russia who have conducted more than 40 tests per 1,000 of their inhabitants. 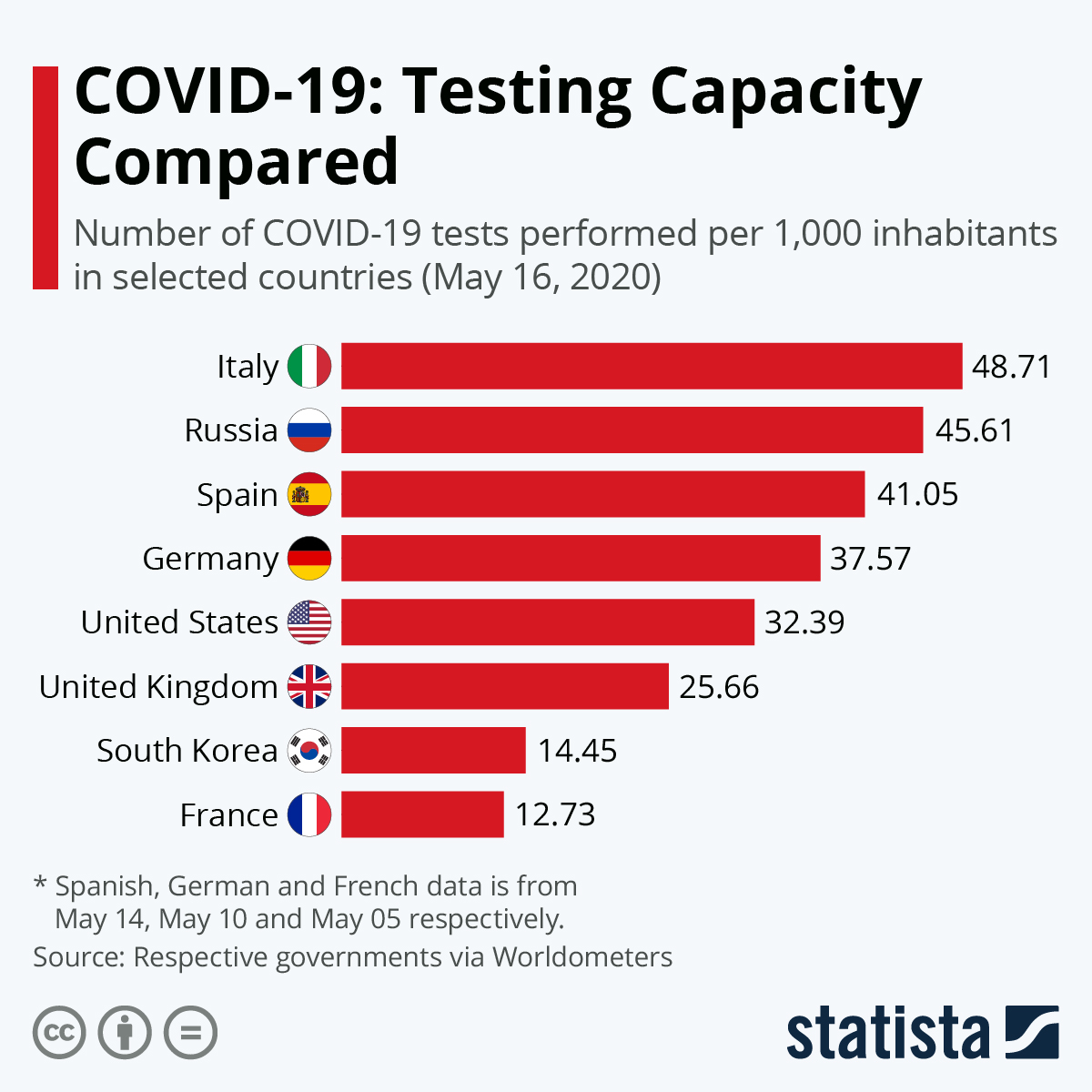