Just days after the CDC replaced its no sail order for cruise ships with a less restrictive conditional sailing order, the battered cruise industry suffered a major setback, when several passengers aboard a Caribbean cruise tested positive for COVID-19. Following the incident, U.S. Representative Doris Matsui (D-CA) and Senator Richard Blumenthal (D-CT), sent a joint letter to the CDC asking them to reinstate the ban on cruise ships departing from the United States.

“We write with urgent concern surrounding recent reports of multiple confirmed positive COVID-19 cases on board the first cruise ship to carry passengers in the Caribbean since countries around the world imposed strict limitations on operations in mid-March,” the letter reads, expressing “serious concerns that – even with the additional requirements and standards – cruising is simply unsafe during a global pandemic.”

Few industries have been hit harder by the coronavirus pandemic than the cruise industry. Due to the massive outbreak on board of the Diamond Princess, the industry was negatively associated with the pandemic from the start, and the large number of vessels reporting positive cases onboard has led industry critics to call cruise ships “floating Petri dishes”, which is perhaps a bit harsh.

As the following chart shows, cruise line revenues have practically disappeared since the pandemic hit in March, with each of the three largest operators seeing sales drop by at least 65 percent for the first nine months of 2020. Carnival’s seemingly less significant drop compared to its two largest competitors is simply owed to the fact that its fiscal year starts in December, giving the company one more month of normal operation before the pandemic hit. 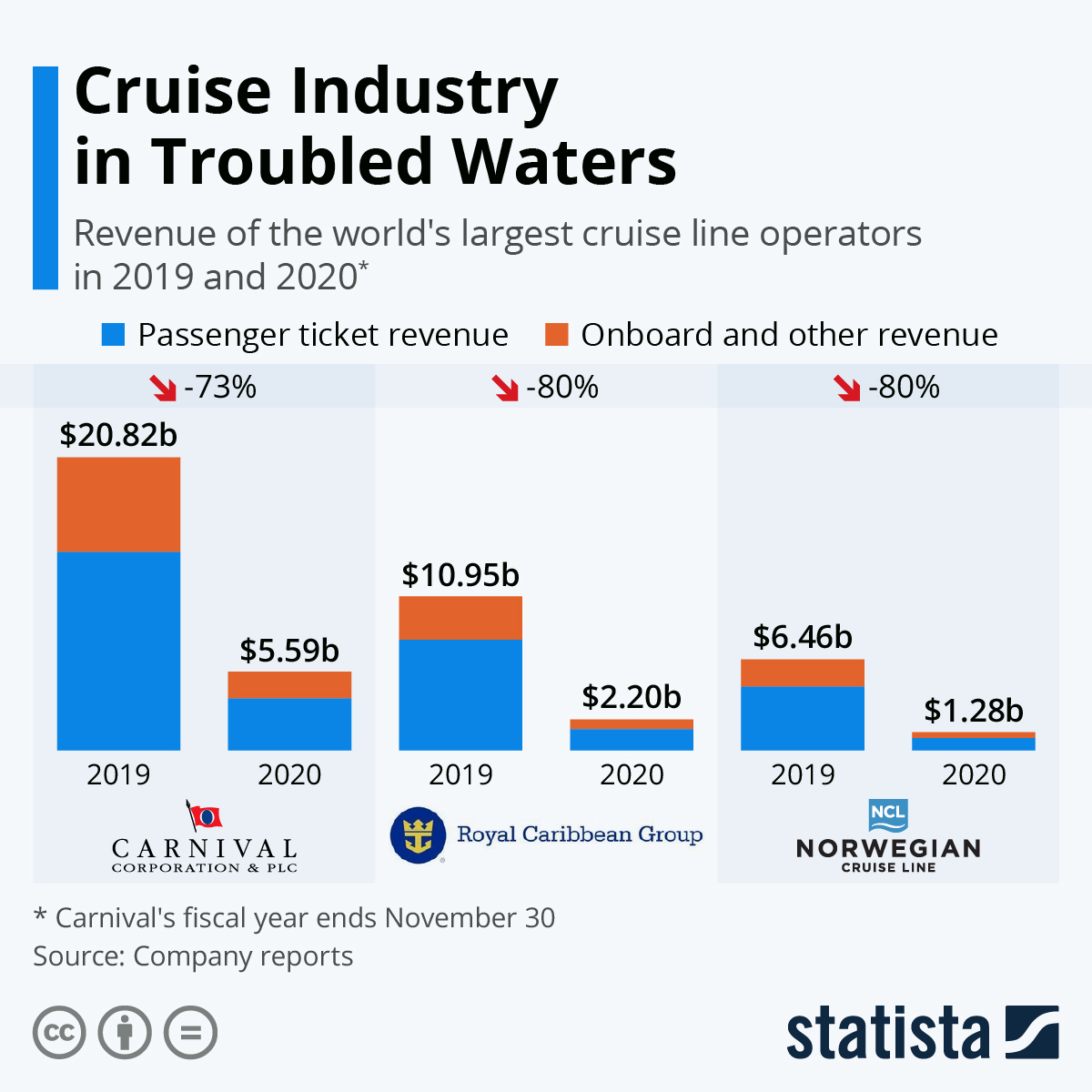