There is a rise

A study conducted by the National Institute on Alcohol Abuse and Alcoholism found that the number of Americans dying from alcohol-related problems has more than doubled over the past 20 years. The research was published in the journal Alcoholism: Clinical and Experimental Research and it found that just over 72,500 people died from alcohol-related illnesses such as liver disease in 2017. In 1999, there were just under 36,000 deaths.

Men are dying at a higher rate than women, though white women accounted for the greatest increase in deaths. The data is indeed grim and in 2017, alcohol proved even deadlier than illicit drugs, including opioids. According to the Centers for Disease Control and Prevention, there were 72,224 drug overdose deaths in the U.S. in 2017, 334 fewer than deaths related to alcohol. 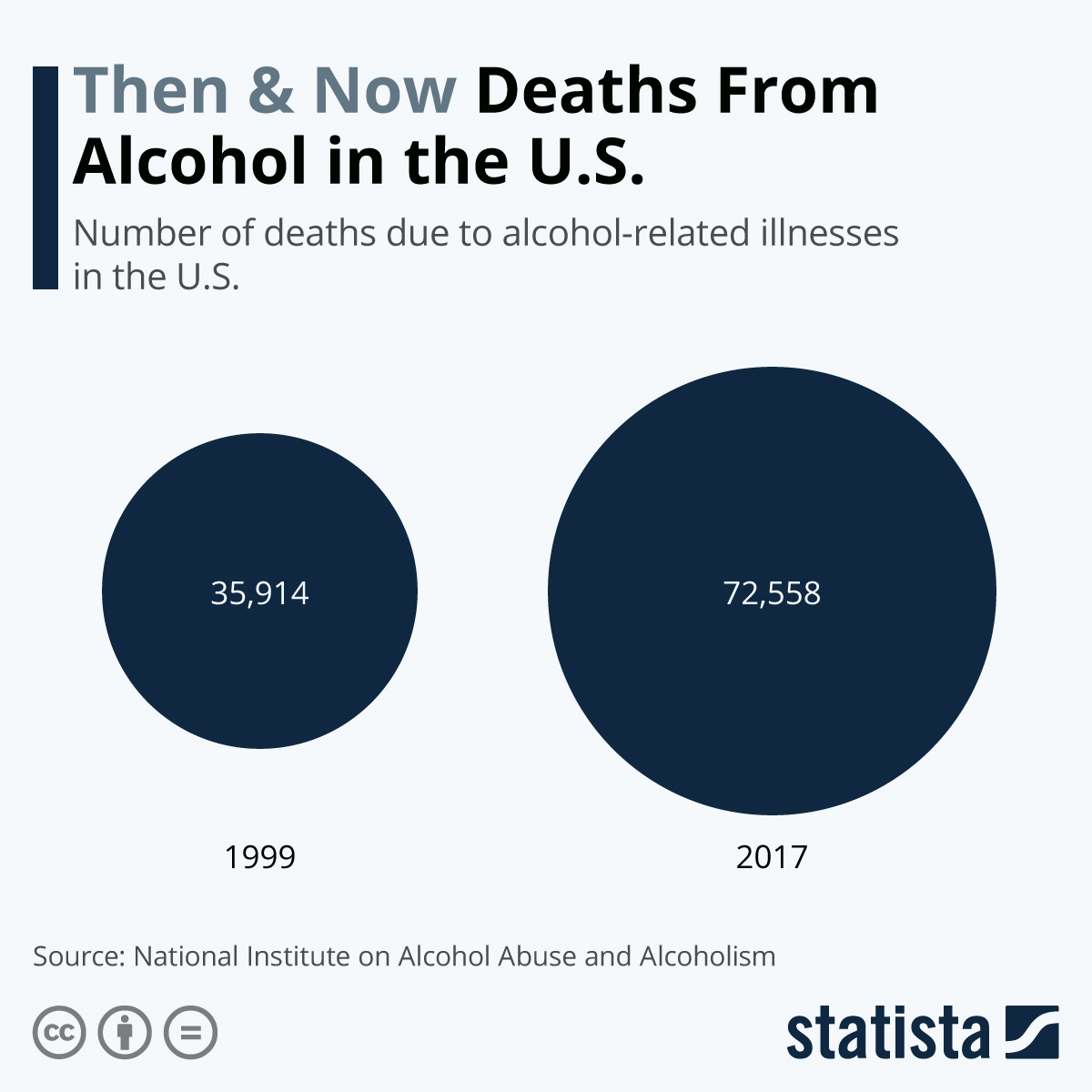