Heathrow published its Q3 financial results yesterday and, aside from a drop in earnings of 82 percent compared to 2019, the company also reported that it had been overtaken by Charles de Gaulle as the busiest airport in Europe in terms of passenger numbers for the first time ever. As this infographic shows, each of the continent’s biggest air travel hubs have taken large hits due to the coronavirus crisis. Heathrow has suffered a year-on-year drop in passengers to the tune of 68.9 percent.

Horrific! Mob lynch man and burn his body for stepping on the Quran (warning: graphic footage)

According to CEO John Holland-Kaye: “Britain is falling behind because we’ve been too slow to embrace passenger testing. European leaders acted quicker and now their economies are reaping the benefits.” Comparing to Charles de Gaulle, Schiphol, and Frankfurt, the company’s press release adds: “All three continental rivals have implemented testing regimes. The UK Government has announced an intention to introduce testing for passengers from high-risk countries by 1 December to help restart the UK economy”. 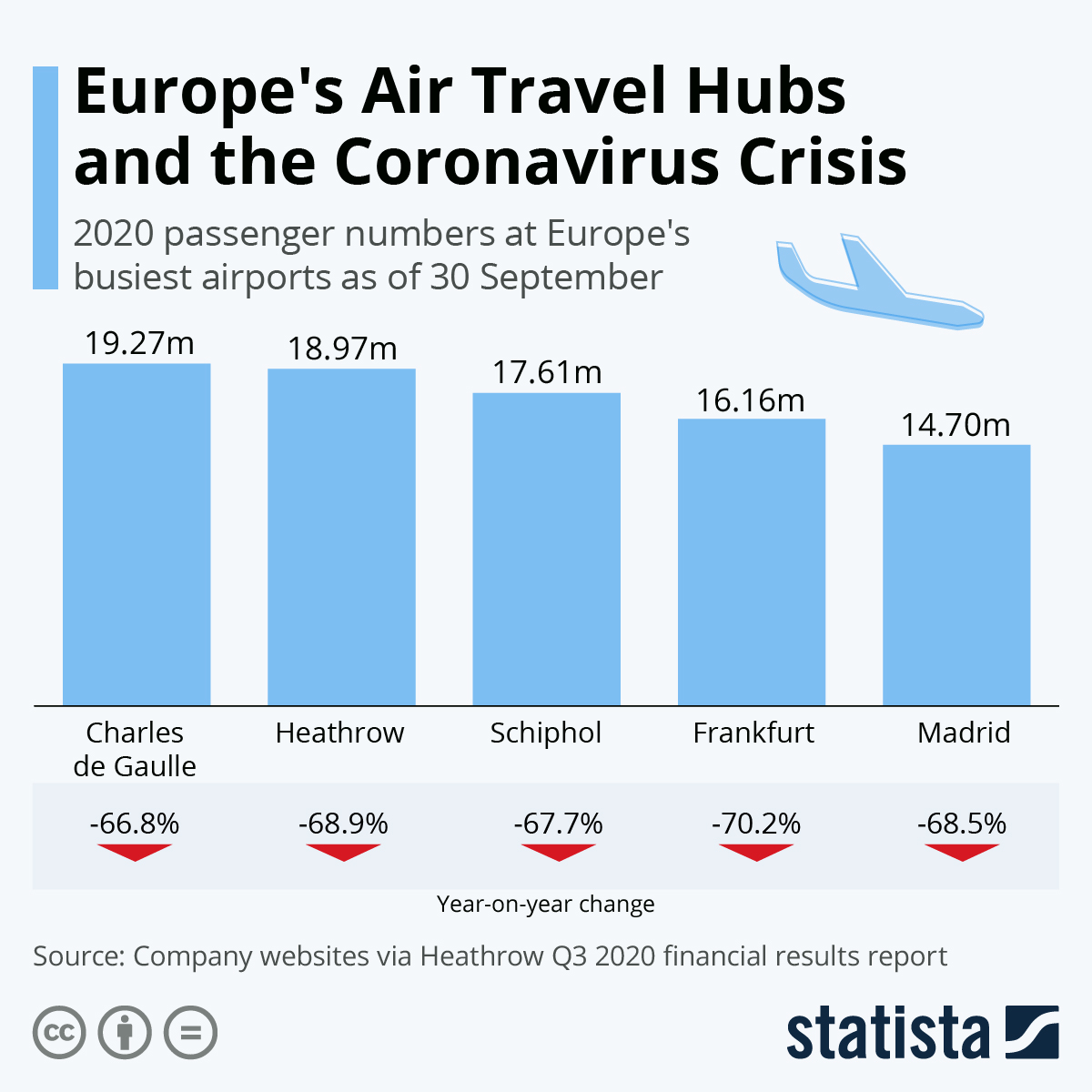