Transfer fees in football have increased by 5.8% to $7.35 billion in 2019, according to a new report released by FIFA.

The data revealed that the vast majority of clubs opted to bring in players whose contracts had expired, instead of buying out their contracts, as only 11.6 percent of all transfers involved club-to-club deals, while loans accounted for 13.5 percent. 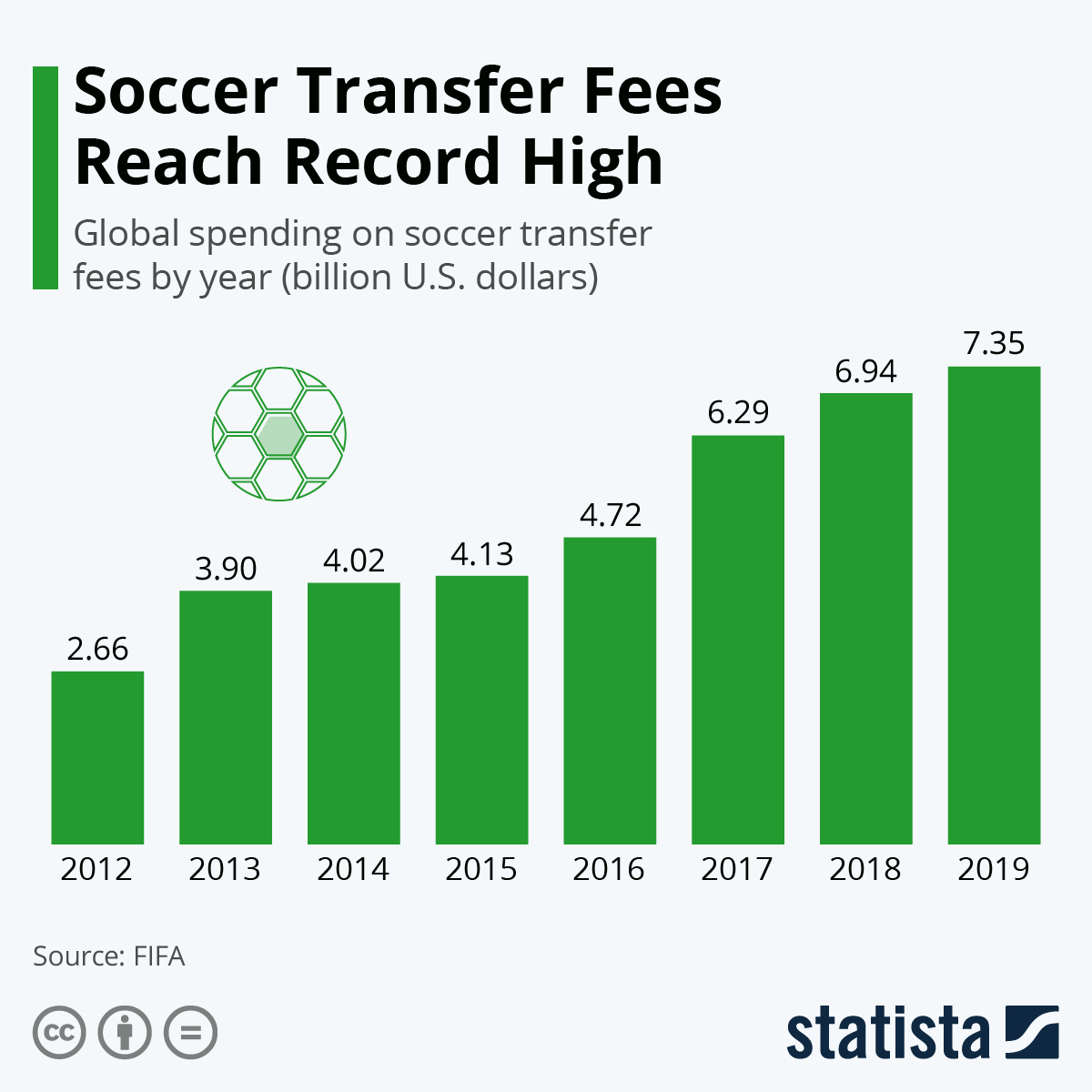