Nearly half said they totally agreed

Positive COVID-19 cases are once again rising uniformly across much of the world, with case counts spiking in the U.S., Europe, Russia and others. Hospitalizations and deaths are still relatively low, although the period of lag between positivity and hospitalization varies greatly. The world is still waiting with bated breath for the first safe, mass-produced COVID-19 vaccine, and new data shows a large majority around the globe would likely take the vaccine immediately if offered.

According to the authors of the study, older respondents were more likely to accept a vaccine compared to younger respondents. The strongest tendency toward trust in a potential vaccine was observed in countries like China, South Korea, Singapore, Brazil, India and South Africa. All respondents in the study reported they would be less likely to take a vaccine if it were mandated by their employers, highlighting the differences in trust between healthcare authorities and managing employers.

The Fastest Cars in the World (infographic-video)

Germany in partial Covid-19 lockdown until end of November

The study noted how the lack of universal acceptance for a COVID-19 vaccine could be incredibly detrimental to the overall effectiveness of a vaccine. Trust in impartial global health organizations like the Red Cross is paramount for safely and effectively distributing a vaccine if and when it becomes available. 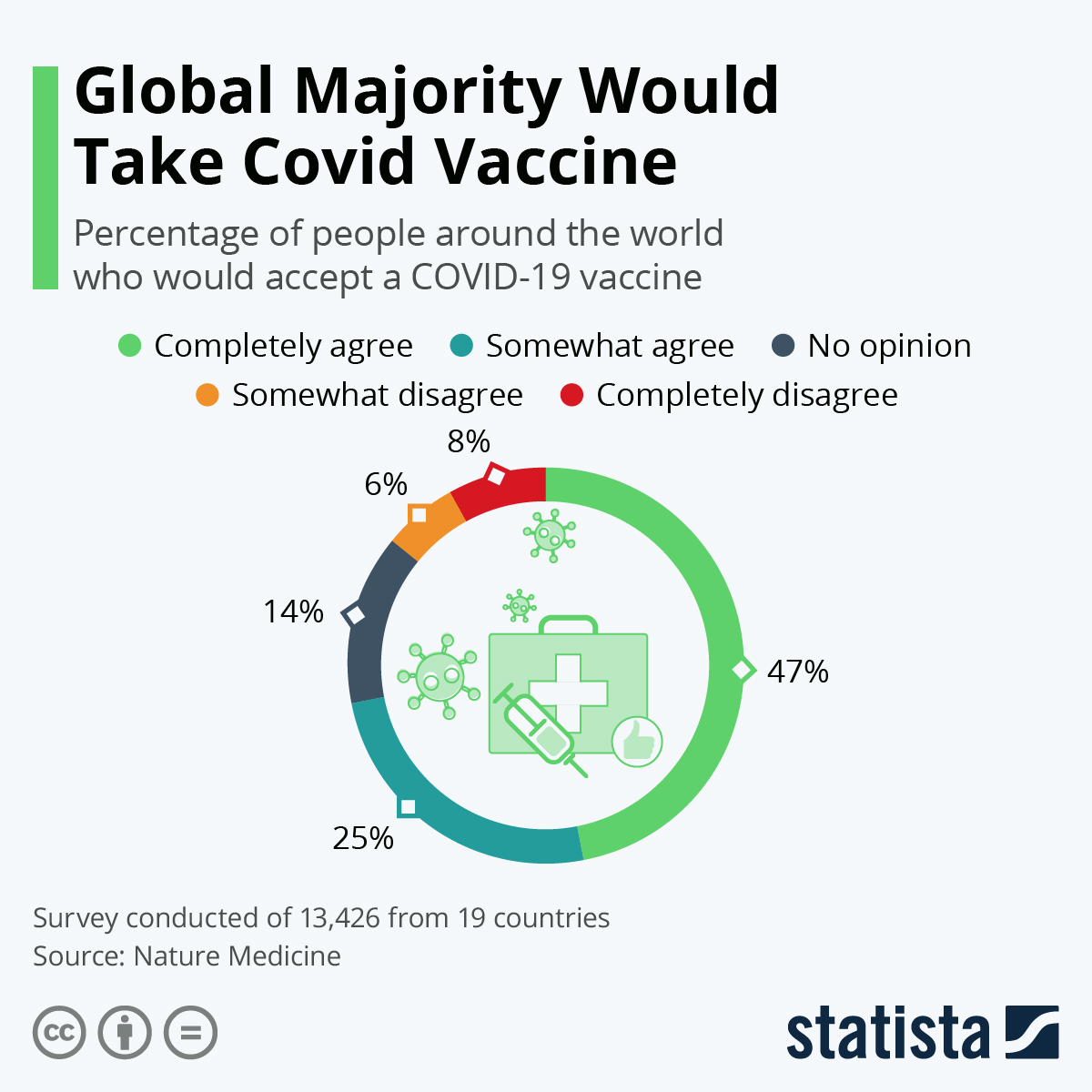