On Tuesday morning, the U.S. Department of Justice filed a lawsuit against Google for “unlawfully maintaining a monopoly in general search services and search advertising in violation of the U.S. antitrust laws.” The suit, which the DOJ describes as “a monumental case for the Department of Justice and, more importantly, for the American consumer” in its official statement, accuses Google of being “a monopoly gatekeeper for the internet” engaging in “anticompetitive tactics to maintain and extent its monopolies”.

The DOJ takes particular offense to Google’s well-known practice of paying large amounts of money to device manufacturers, wireless carriers and browser developers to make sure Google is the default search engine on devices and within browsers. According to the DOJ’s findings, such agreements cover almost 60 percent of all search queries in the United States, with a large part of the remaining share funneled through Google’s own properties (e.g. its Chrome browser and Google devices). As a result, Google has become “so dominant that “Google” is not only a noun to identify a company and the Google search engine but also a verb that means to search the internet,” the DOJ writes in its lawsuit.

Egypt says another trove of ancient coffins found in Saqqara

As the following chart shows, Google’s dominance over the U.S. search market can in fact be described as monopolistic. According to Statcounter, a company tracking more than 10 billion pageviews across more than 2 million websites per month, Google’s market share in the U.S. currently amounts to 81.5 percent on desktop devices and almost 95 percent on mobile devices (excluding tablets).

Google responded to the lawsuit by calling it “deeply flawed”, stating that “people use Google because they choose to, not because they’re forced to, or because they can’t find alternatives. This lawsuit would do nothing to help consumers. To the contrary, it would artificially prop up lower-quality search alternatives, raise phone prices, and make it harder for people to get the search services they want to use.” 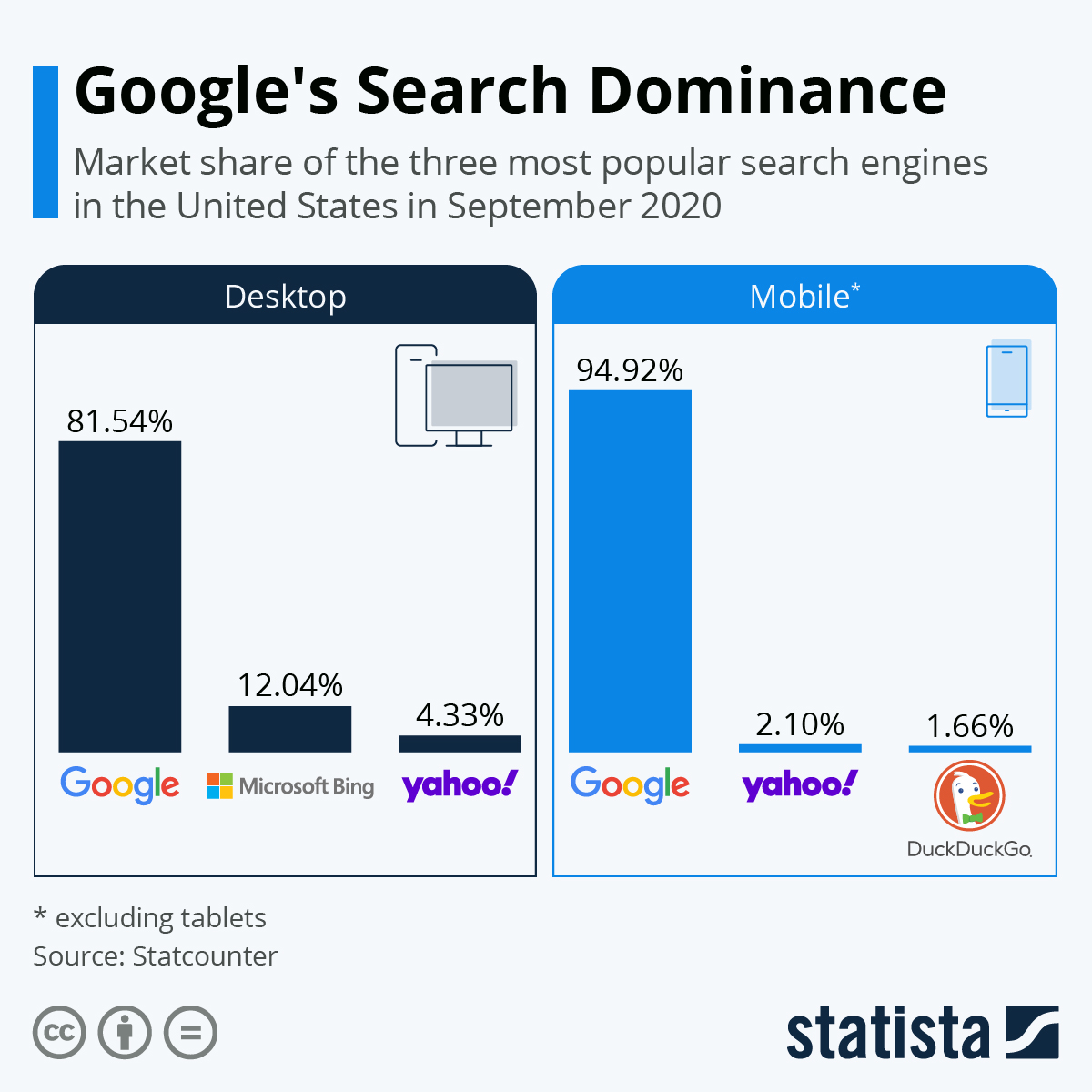