Saudi Arabia has the fastest speeds

As Apple is getting ready to ship the new iPhone 12 this week, much has been written about the new iPhones’ standout feature: 5G. When introducing its latest line of smartphones at a virtual event on October 13, Apple put a lot of emphasis on its jump to 5G, which surprised many considering how late Apple is to the party. Not only have competing smartphone brands supported 5G for a while now, but 5G coverage is still mediocre at best in most countries, including the United States.

Twitter advocates freedom of internet and expression for Ugandan elections…

Atlantropa: The bonkers real-life plan to drain the Mediterranean and merge Africa & Europe!

And while coverage remains an issue – 5G users are connected to 5G only 21 percent of the time in the U.S. and even more rarely in most European markets – the speed of the new networking standard is in fact a giant leap forward. According to an analysis conducted by Open Signal between July 1 and September 28 of this year, 5G users often experience download speeds that are several times faster than 4G speeds. While that is also true for the United States, where 5G is 1.8 times faster than 4G on average, the U.S. trails other countries in speed overall, especially on 5G networks.

With respect to the new iPhones, many experts are warning that customers might be let down by current 5G performance, which, while not Apple’s fault, could tarnish initial reactions to the new devices. Typically making up around 60 percent of Apple’s revenue in the holiday quarter, iPhone sales are crucial to the company’s success, despite ongoing efforts on Apple’s side to reduce its reliance on the popular smartphone. 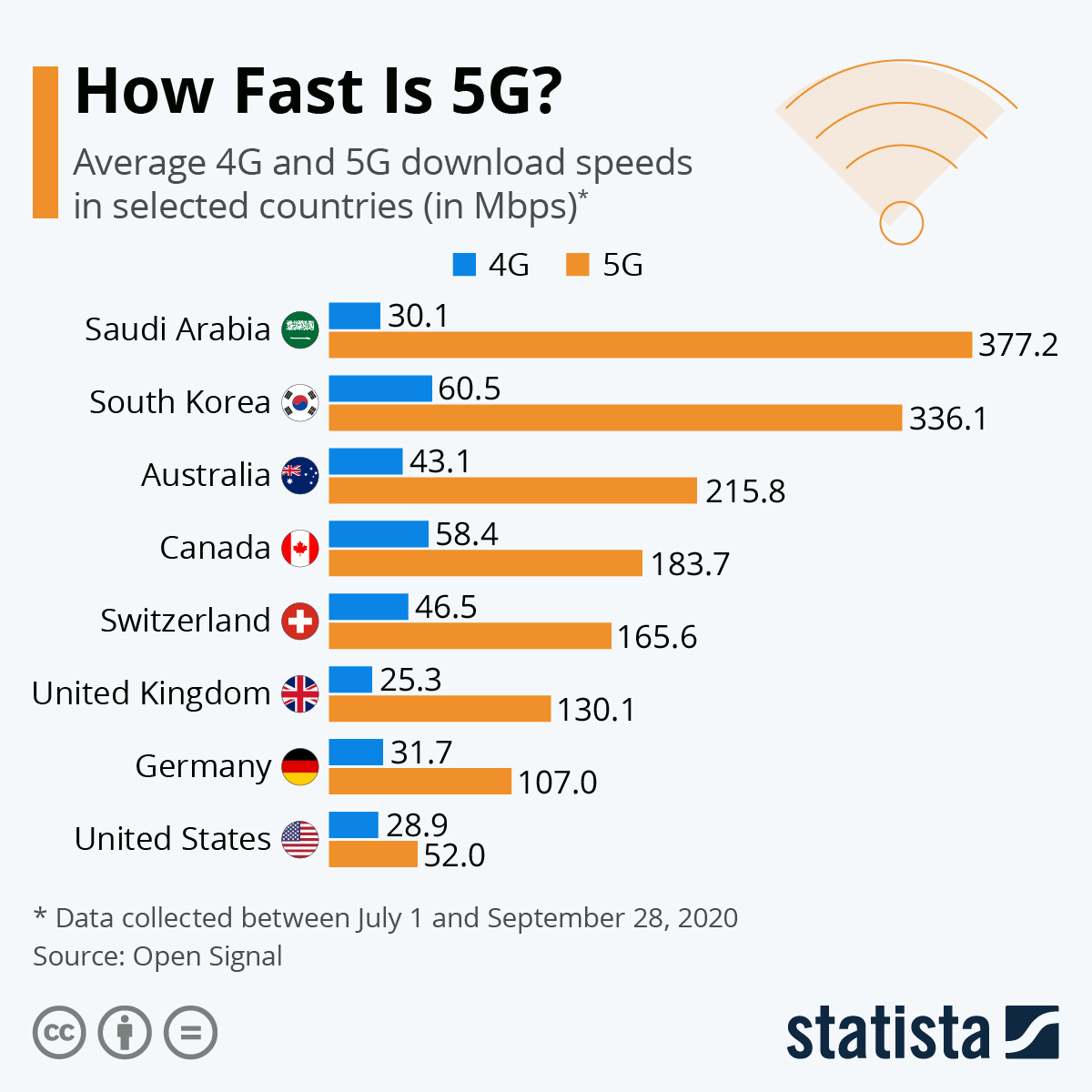