The Trump administration implemented further restrictions to a travel ban for certain countries, with several countries added to the list. The largest economy in Africa, Nigeria, was among them.

Nigeria, Sudan, Tanzania and Eritrea were the four African countries added to the travel ban, along with Myanmar and Kyrgyzstan.

The initial ban was implemented in 2017 and has been primarily targeted at countries with Muslim majorities in attempts to stop the immigration of terrorists into the United States. With the inclusion of Nigeria and three other African countries, the U.S. has restricted nearly a quarter of the continent’s 1.2 billion people.

Many expect the travel restrictions to have a heavy toll on the economies of banned African countries, as well as the overall economy of Africa. Nigeria, with a 2019 GDP of over $445 billion, may be hit the hardest. 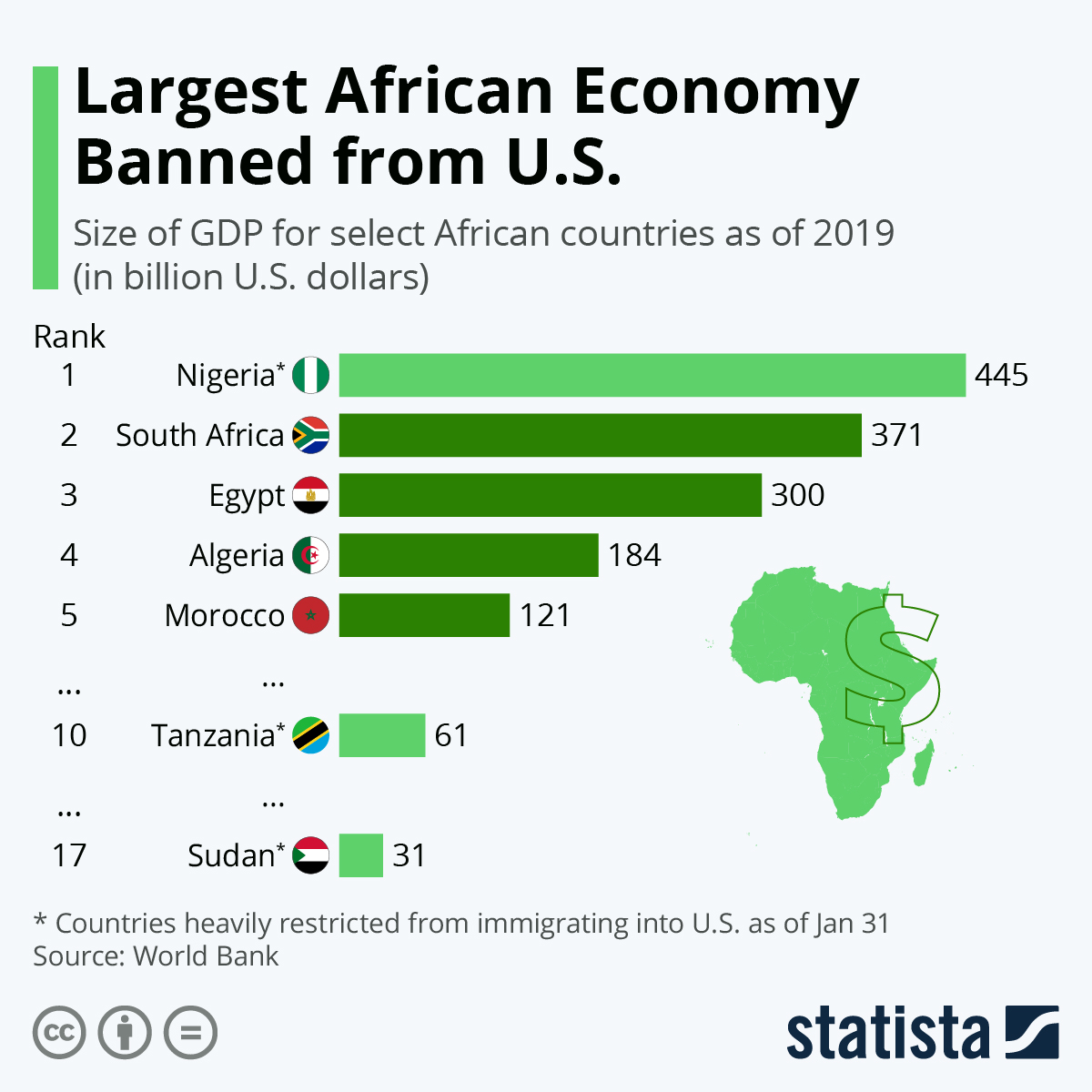