The club was banned from the UEFA Champions League

Manchester City, reigning Premier League champions and one of the 16 clubs still competing for the Champions League title this year, has been banned from European club competitions for the next two seasons for breaching UEFA’s Financial Fair Play regulations.

The independent Adjudicatory Chamber of the Club Financial Control Body (CFCB) found the club guilty of trying to circumvent Financial Fair Play regulations by “overstating its sponsorship revenue in its accounts and in the break-even information submitted to UEFA between 2012 and 2016.” Put simply, UEFA regulations implemented in 2011 forbid clubs from spending more money than they make. By overstating its sponsorship revenue, Manchester City was trying to justify its lavish transfer spending.

Since the Abu Dhabi United Investment Group acquired Manchester City in 2008, the club’s new leadership under chairman Khaldoon Al Mubarak has transformed the club from mid-table mediocracy to a global footballing powerhouse, winning four Premier League titles in the past eight years. City’s success has always been eyed with suspicion though as it wouldn’t have been possible without the financial muscle of its Emirati owners.

As the following chart shows, no club in world football has spent nearly as much money on transfers over the past 11 and a half years as City has under its new ownership. According to Transfermarkt.de, a German website specializing on football transfers, Manchester City’s transfer balance since 2008 is -$1.42 billion, outstripping even that of Qatari-owned Paris Saint-Germain by more than $500 million. Banning City from the Champions League is hitting the club where it really hurts, since it’s the one title that has eluded them so far in their (expensive) bid to join football’s elite circle. 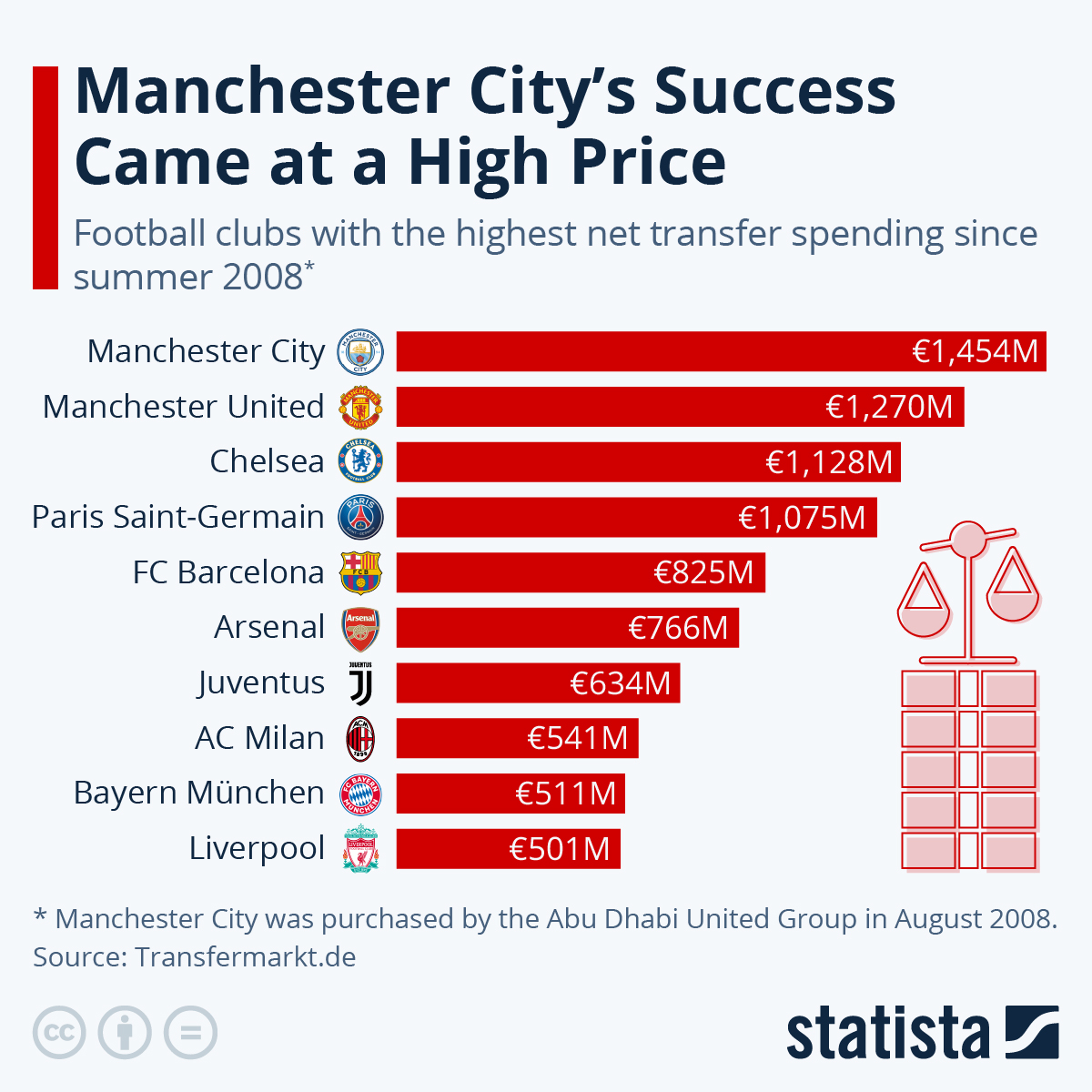