It is the best selling arcade game of all time

Pac-Man turns 40 this weekend, and the game that was almost called Puck-Man has a lasting legacy to this day. If Pac-Man was a real-life human, its birthday would fall right in the middle between Gen X and the generation of Millennials – potentially explaining why the game continues to appeal to both audiences.

Developed by Japanese company Namco, Pac-Man sold 400,000 gaming cabinets to arcades around the world and made $3.5 billion in lifetime sales by 1990. The game is credited with pioneering non-violent arcade gameplay, thereby opening up the market to new types of consumers – namely women.

Russia’s Su-57 Stealth fighter could soon have a robot in the cockpit?

The Pac-Man spin-off, Ms. Pac-Man, released two years after the original game. It was also a huge hit and made the top 5 of the best-selling arcade games, according to data compiled by online magazine U.S. Gamer.

The hype around the game included everything from television shows, songs about Pac-Man fever, Al Yankovic parodies (The Beatles – Taxman), gamers competing for who could finish the game fastest with no mistakes and of course several follow-up versions for arcade and home gaming. If this text has made you miss Pac-Man, you can use the playable Google Doodle game created last year for the game’s 39th anniversary – just another puzzle piece in the myriad of tributes to one of the most influential video games in history. 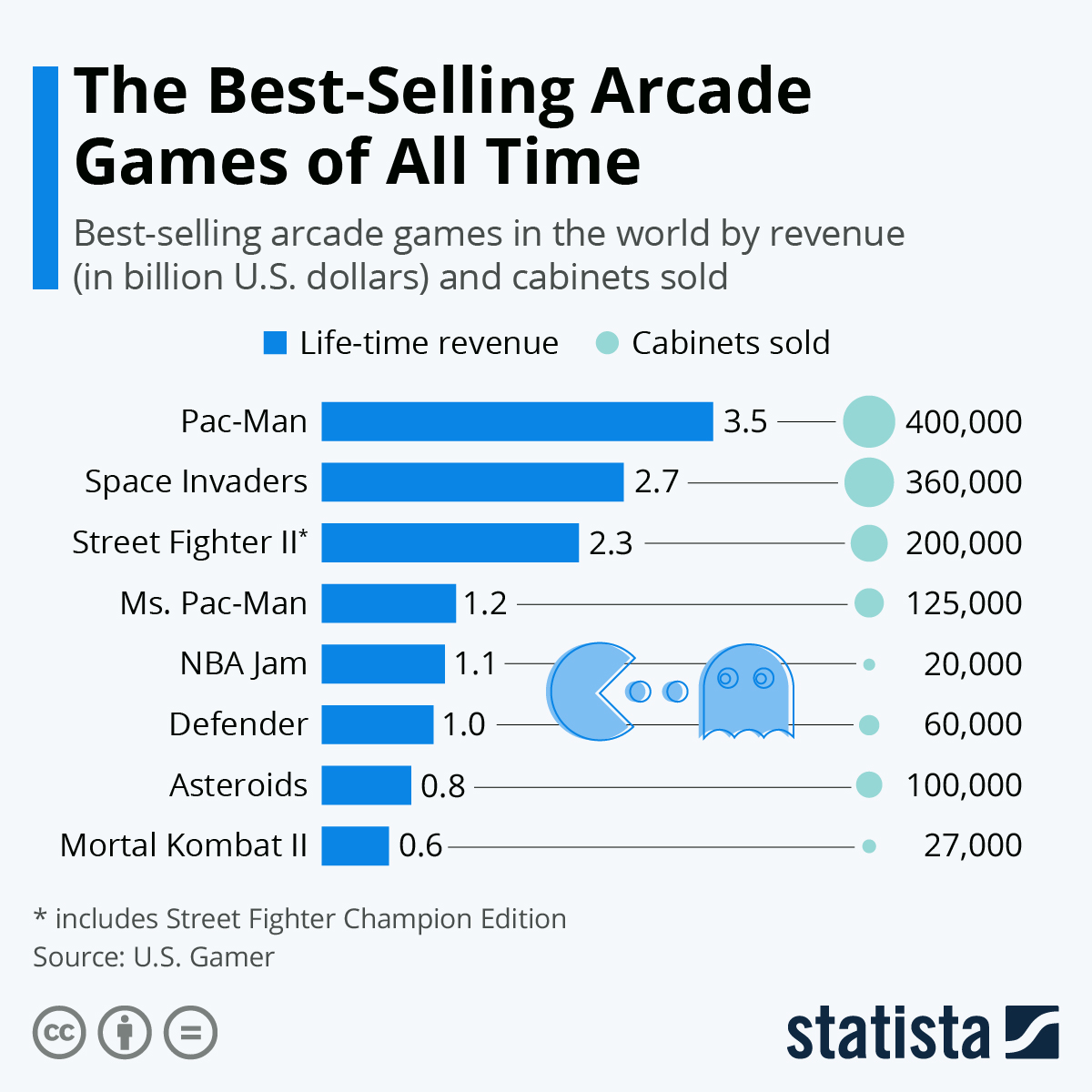