After a turbulent 12 months that saw Tesla’s share price soar by more than 500 percent, the world’s most valuable carmaker will soon be added to the S&P 500 index. Tesla will be one of the largest additions ever to the S&P 500, prompting S&P Dow Jones, the company operating the index, to contemplate adding the stock in two tranches rather than all at once.

Unwritten Mystery: Who & Why erected more than 7000 ancient Nuraghe Towers on an Italian island?

As the following chart shows, Tesla will be a heavyweight on the market-cap-weighted index from the go, with its current market cap of $419 billion placing it among the top 10 companies included in the S&P 500. With the first five spots all taken by major tech companies, Tesla would currently slot in between Walmart and Visa in the eighth rank. 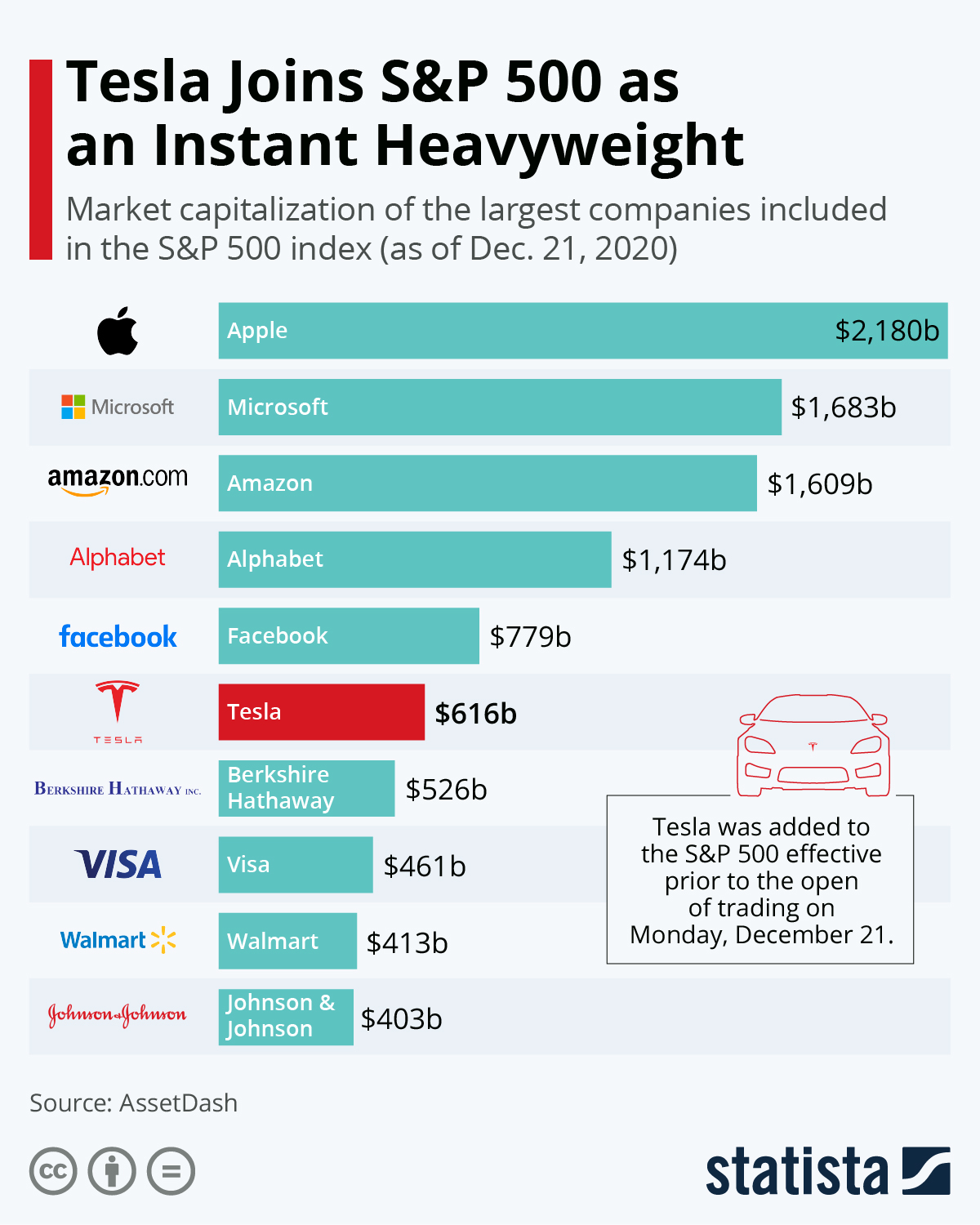