All are from Africa

YouGov recently released a new survey highlighting American attitudes towards 195 countries around the world. Along with datasets showing the countries the U.S. public like the most and the least, the research also looked into the nations Americans remain most unaware of.

Dutch-Turkish girl finds out she is half Greek in DNA test! (hilarious reaction video!)

While São Tomé and Príncipe tops the list of the countries Americans are the least likely to have heard of, YouGov does state that this is slightly unfair as the nation has a population of just 200,000. The research, therefore, focuses primarily on countries with a population of a million people or more with Burkina Faso topping the unawareness list with over half of the public never hearing of it. 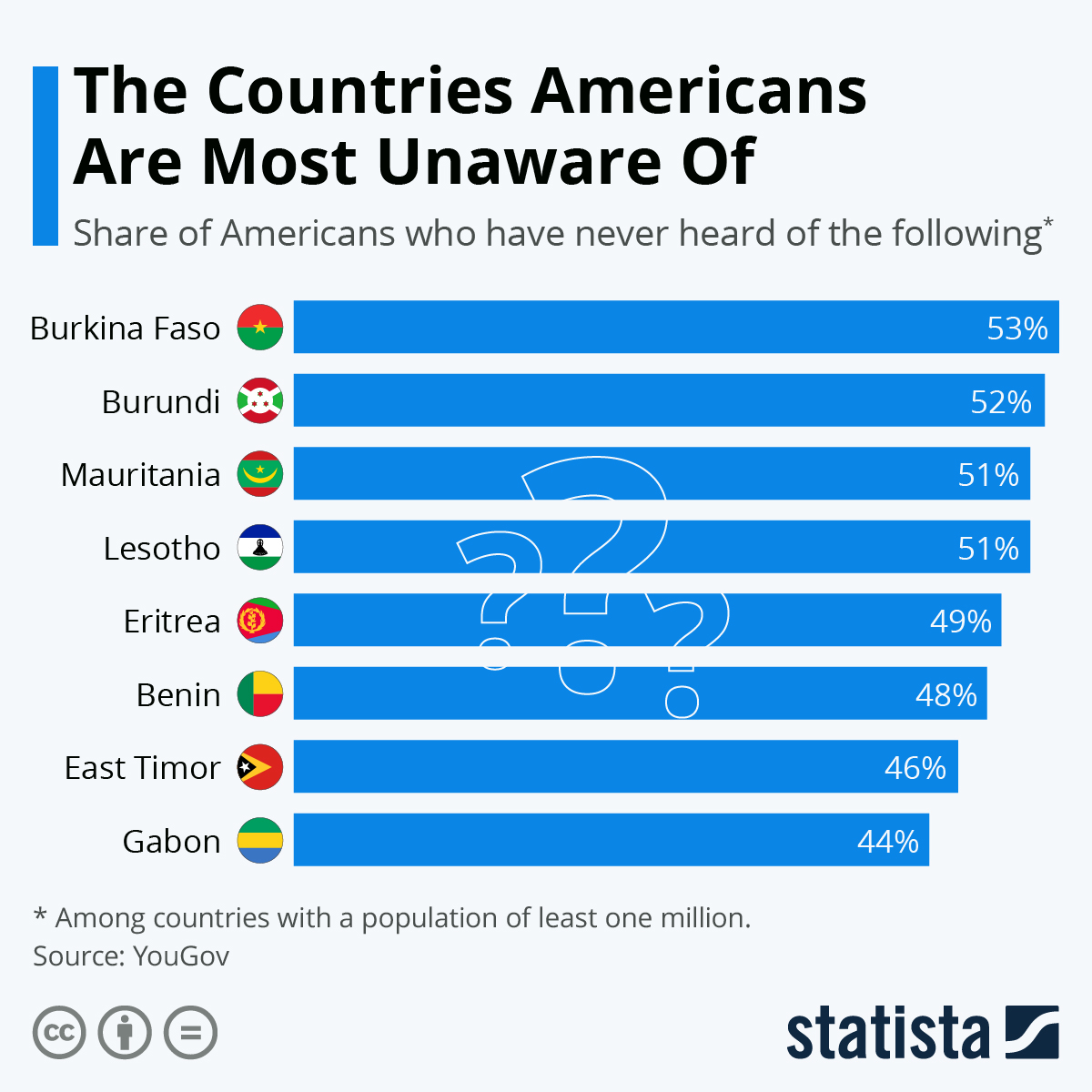