The South Koreans love their cards

People around the probably don’t see eye to eye on the best method to pay for goods and products. As shown in a survey by Global Web Index, most South Koreans wouldn’t trade their cashless payments for anything, while in some other nations, people feel better with a big wad of cash in their pockets.

South Korea’s penchant for cashless payment is confirmed in another survey. According to data collected by initiative Cash Essentials, only 14 percent of payments in South Korea involve cash – in line with the preference of its population.

This isn’t always the case though. In Japan, Spain and France, for example, between 60 and 67 percent of people prefer cashless payments. Nevertheless, cash was involved in between 68 and 87 percent of payments in these countries, potentially hinting at the inability to pay with card or other cashless means for certain goods and services.

It’s exactly the other way around in the U.S., where only 32 percent of payments involve cash, but a comparably low 58 percent of people identify going cashless as their preferred option. Despite card payments being widespread in the country, the payment mode might carry negative connotations like going into debt and data insecurity.

In some developing countries, cash is still the undisputed king of payments. The countries (out of 46 in the survey) where the least people were in favor of cashless payments were the Philippines and Egypt at 33 percent each and Morocco at 34 percent.

One of the biggest reasons for people preferring cash in developing countries is not having a bank account and thus no bank card. In the Philippines, only 29 percent of adults had a bank account in 2019, according to the country’s central bank. Cash Essentials notes that the number of card-accepting terminals also remained low in the country.

It remains to be seen if card payments still catch on in some developing countries. In places where payment cards are not yet widespread, phone payments can actually spread quicker, creating a leapfrog effect of the population migrating straight from cash to mobile wallets and other phone payments. 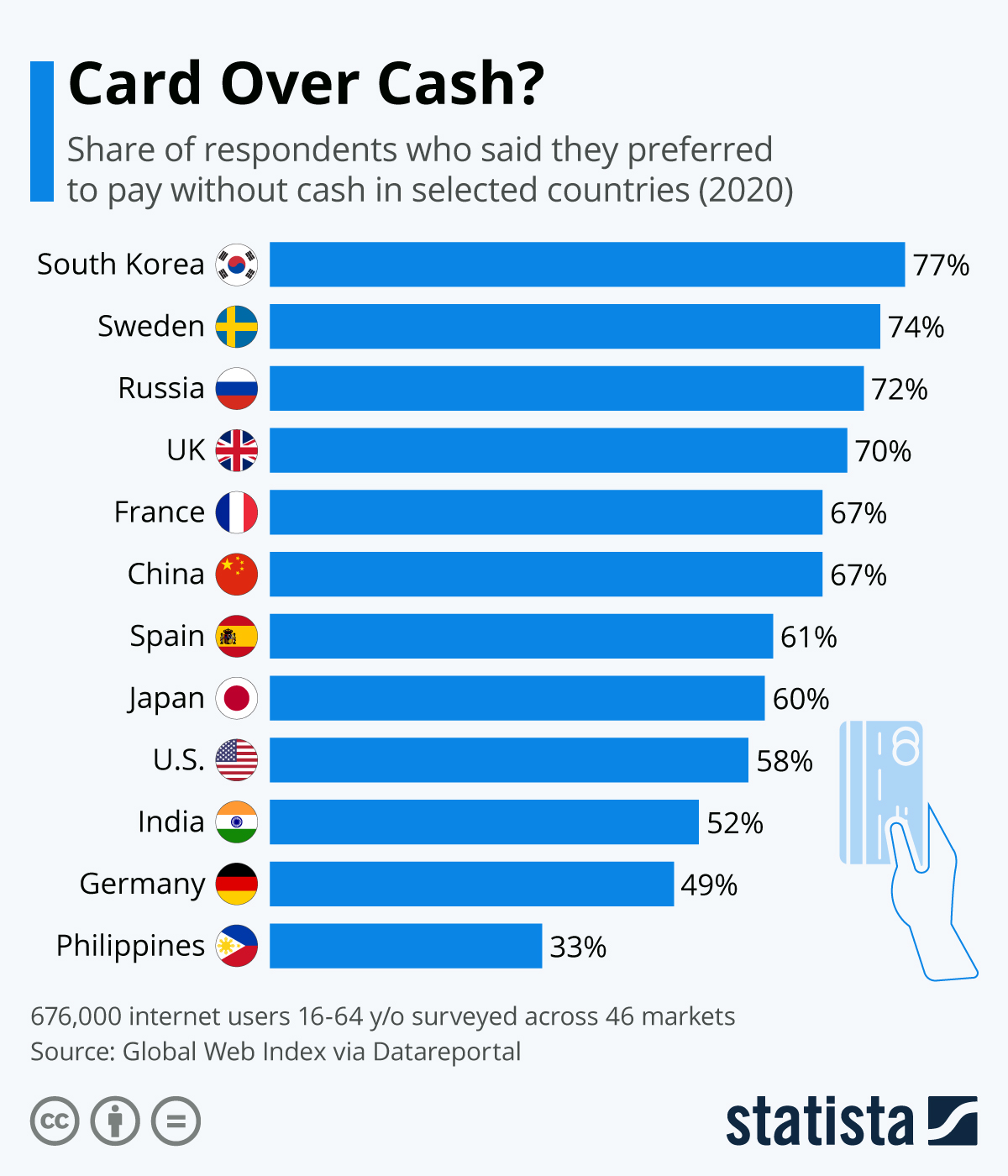