The U.S is at the top

According to a recent report from the Commonwealth Fund, the U.S. has nearly double the number of maternal deaths per 100,000 live births compared to other wealthy, developed nations. At 17.4 per 100,000, the U.S. leads countries like France and Canada with roughly 100 percent more deaths per capita. Other countries, like the Netherlands., Germany, and Norway, are below three deaths per 100,000.

The report goes on to show how a large number of maternal deaths occur after birth, with some deaths occurring shortly after birth or months after due to internal complications. Infection, severe bleeding and high blood pressure are some of the leading causes for postpartum death in the U.S. 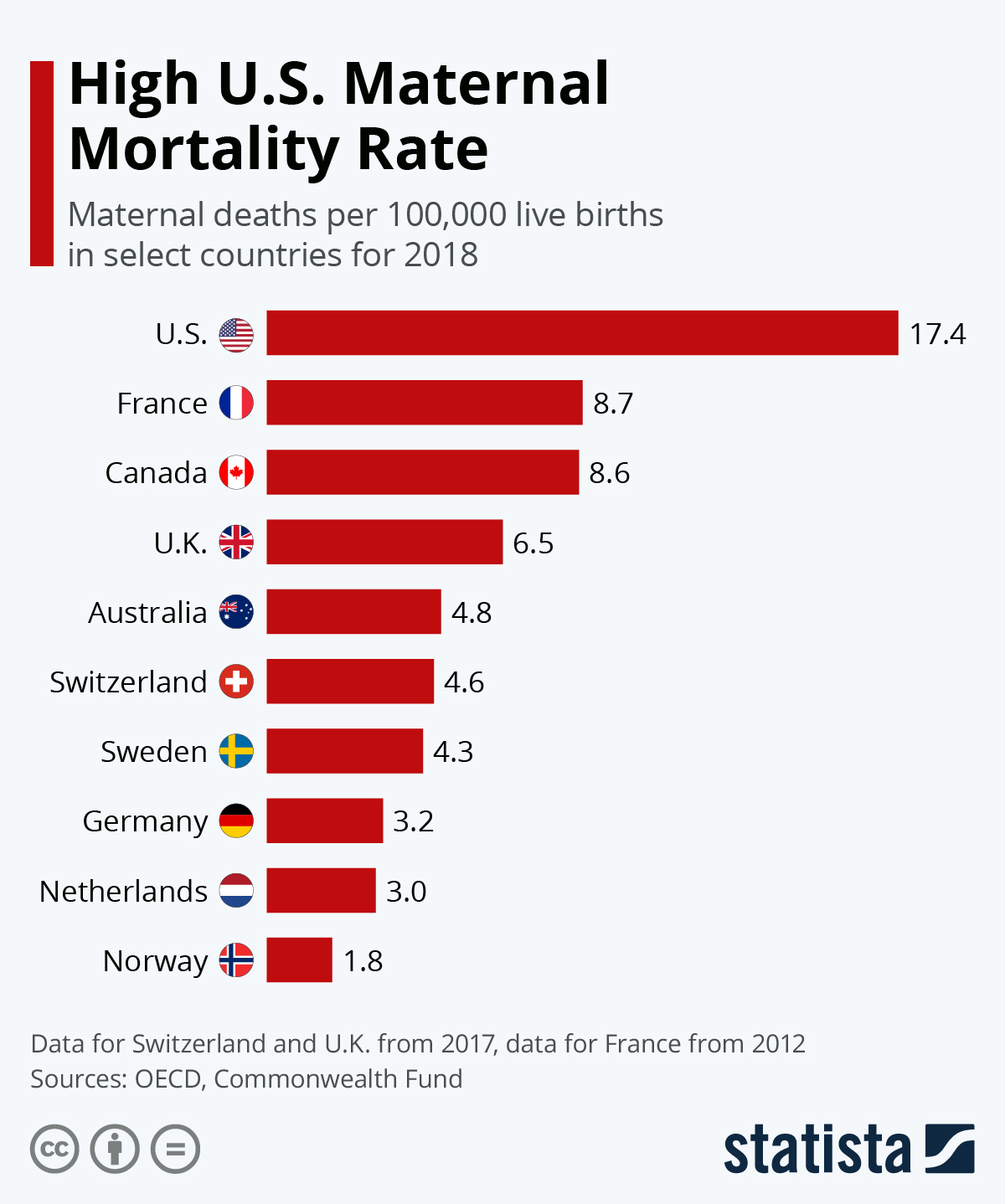