The world has ground to halt in a bid to stall the spread of COVID-19. The global economy has been severely impacted, jobs are being lost and at least 1.5 billion learners still cannot attend school or university. It is a frustrating, inconvenient and downright challenging situation for everyone stuck at home (not to mention the heroic medical staff on the frontlines) but there is new evidence that strict lockdowns and social distancing measures are starting to save lives. Scientists at Imperial College, London have released a new report showing that such government interventions have now saved the lives of 59,000 people in 11 different European countries.

Through the use of a semi-mechanistic Bayesian hierarchical model, the scientists were able to gauge the extent of European outbreaks and the amount of deaths averted due to government intervention. The research found that an estimated 15 percent of the Spanish population is infected with COVID-19 along with 9.8 percent in Italy and 2.7 percent in the UK. Norway and Germany have the lowest infection rates as a percentage of their populations at 0.4 percent and 0.7 percent respectively.

Even though Italy and Spain are suffering a catastrophic death toll, the fatality count would be far higher if both governments had failed to take action. The model shows that lockdowns saved 38,000 lives in Italy and 16,000 in Spain up to the end of March along with another 2,500 in France. They have also averted deaths in countries that have not been as badly impacted such as Germany. The lower death rate in Germany has puzzled experts and thanks to the authorities moves to ramp up early testing and initiate a partial lockdown, 550 deaths have been averted. 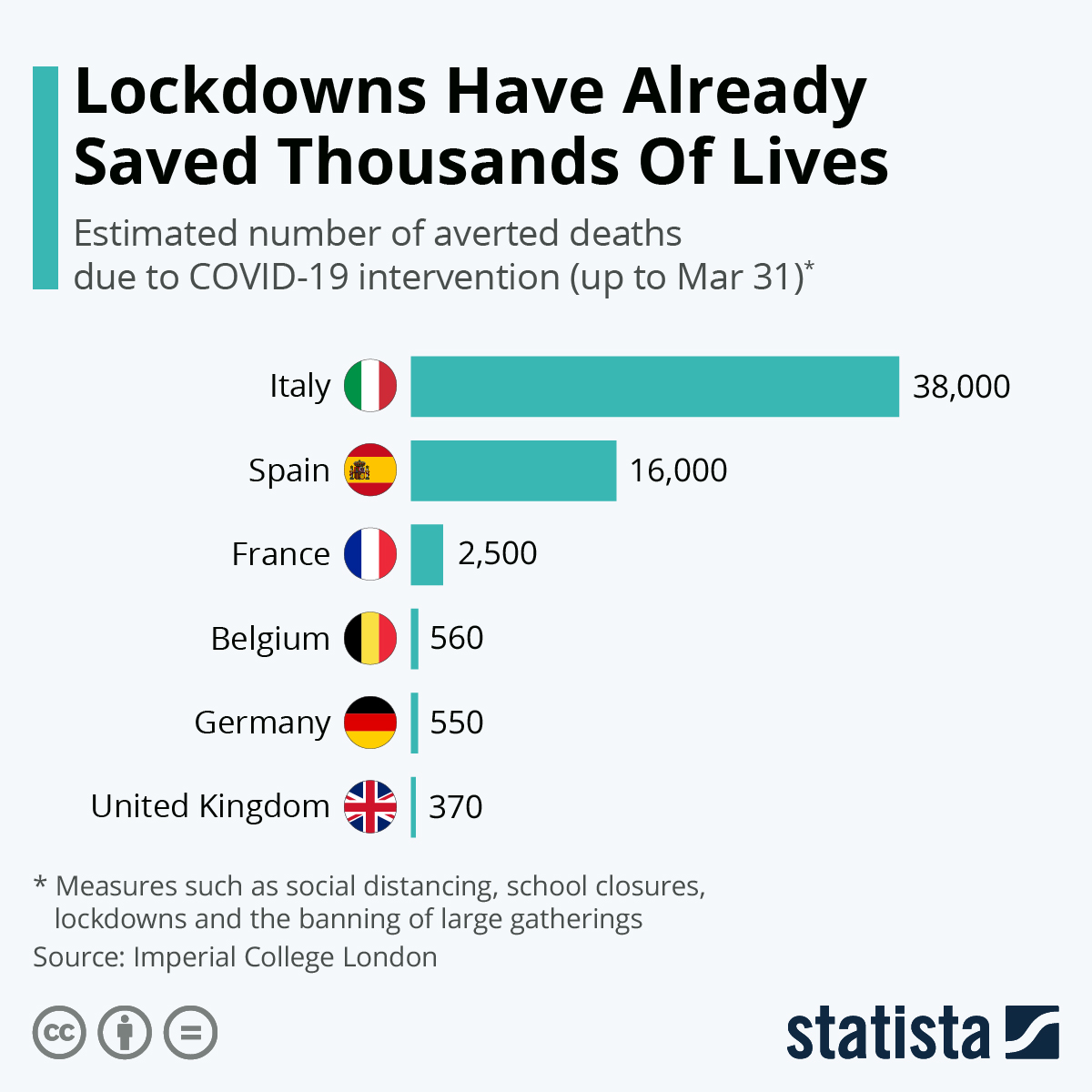