The highest cappuccino prices at $6.30 per cup on average while Dubai

September 29 marked National Coffee Day in the United States where cafes and restaurants served free or discounted brew. Before the coronavirus pandemic changed life as we know it, there was nothing better than taking a mid-afternoon pause during an international city trip and enjoying a decent cup of coffee. Some cities certainly make a considerable dent in the wallet when it comes to coffee drinking according to Deutsche Bank‘s 8th edition of its annual survey of global prices and living standards from various cities and countries. Among the categories analyzed was the cost of a cappuccino in an expat district across 55 major cities.

Sex shop sends toys to women to vote in US elections

Copenhagen has the highest cappuccino prices at $6.30 per cup on average while Dubai comes second with prices as high as $6. Hong Kong comes in third with an average cost of $5.7 a cup while Oslo, a repeat offender in these cost comparisons, comes fourth with $5.50. It’s also well known that coffee prices in Paris aren’t for the faint-hearted and they also average $5.50. 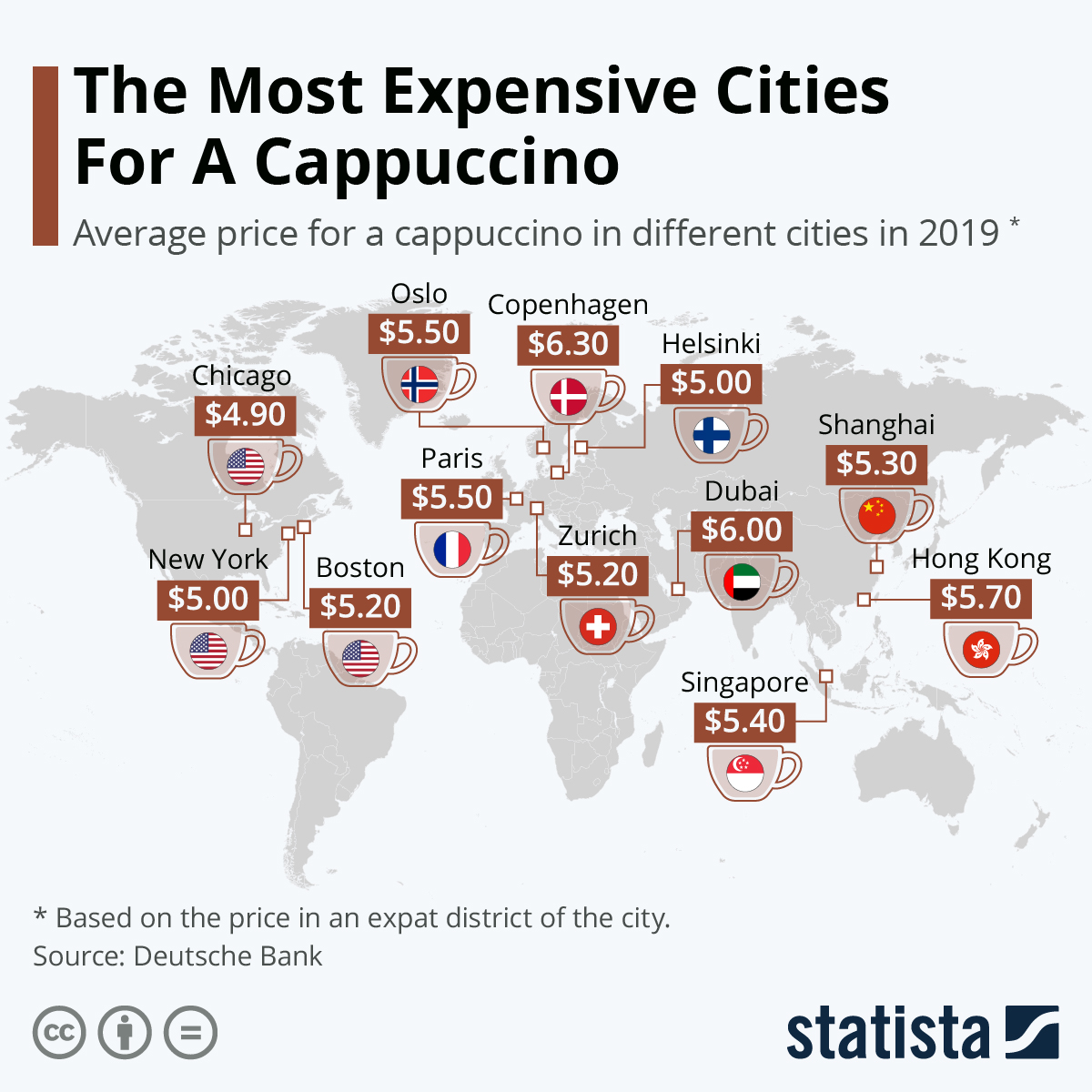