The top one is Avengers: Endgame

On Jan 15, 2001, when Wikipedia was launched, founding member Larry Sanger encouraged editors to participate with the words: “Humour me. Go there and add a little article. It will take all of five or ten minutes”. With those words, he set the largest participatory encyclopaedia in the world in motion. There are currently 50 million Wikipedia articles maintained by 2.5 million editors.

In 2019, the most read article on the platform was the one belonging to the movie “Avengers: Endgame”, which was clicked 44.2 million times. Movies are frequently featured among Wikipedia’s most read articles of 2019, with the Joker movie and lists of Marvel and highest-grossing films also making appearances.

The article titled “Deaths in 2019” is for everyone who wants to check which famous people died in the year. It comes second on the list of most viewed articles with 38.8 million views. Famous actors and singers make up a good part of the remainder of the top 10. TV series about the Chernobyl disaster and serial killer Ted Bundy catapulted two more articles into Wikipedia fame. 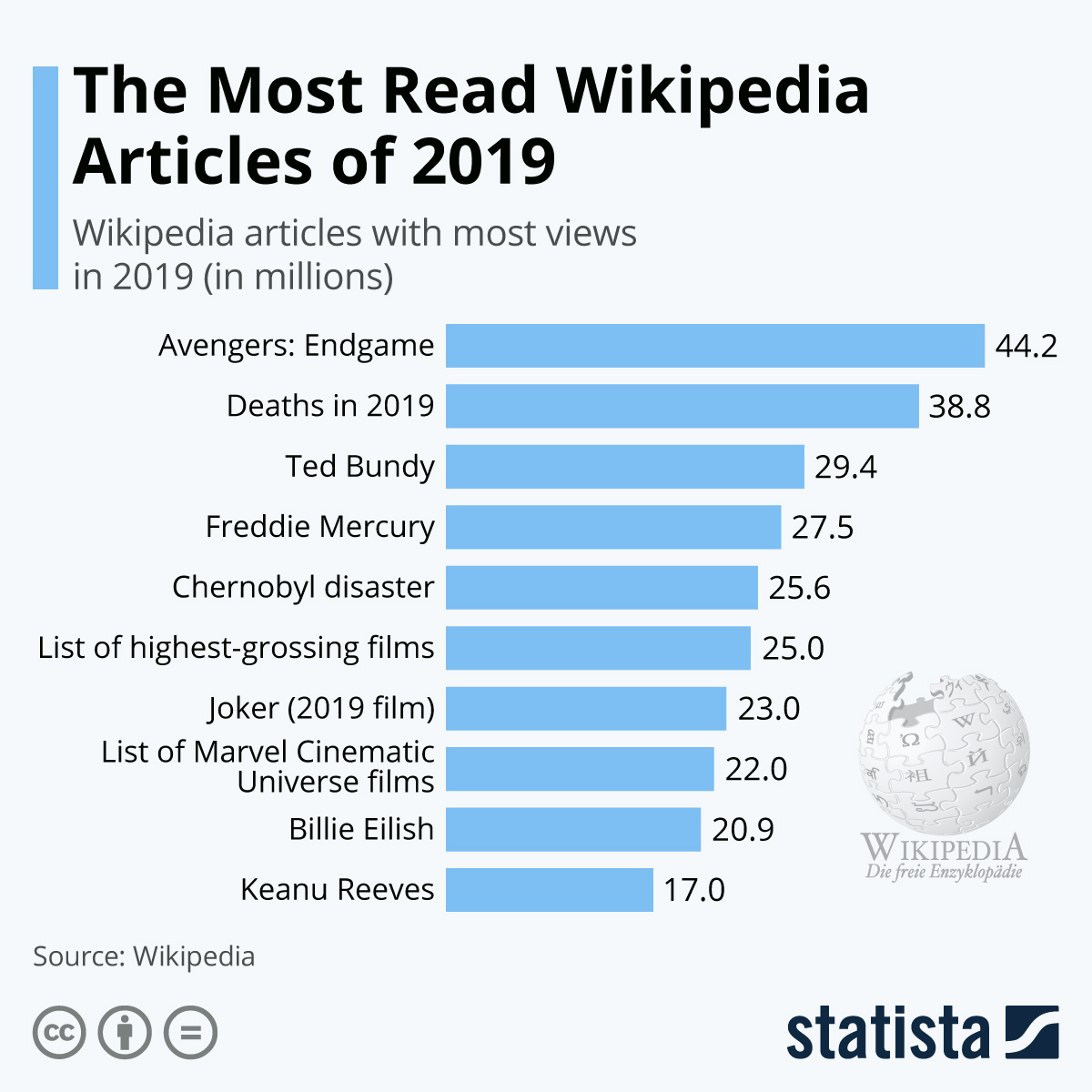 Tags With: most read articleWikipedia