Tuberculosis is the most common

According to immunisation coverage data by the World Health Organization, the vaccine against tuberculosis was still the most widespread in the world in the year 2018 with a coverage level of 89 percent. Tetanus, Polio and Hepatitis B were the next most common.

Greece among countries with lowest public trust for vaccines

The WHO measures the global reach of vaccine coverage by the number of one-year-olds around the world who have received those vaccines. In the case of yellow fever, the reach of the vaccine is only measured by the share of children who should receive it in 40 countries and territories affected. 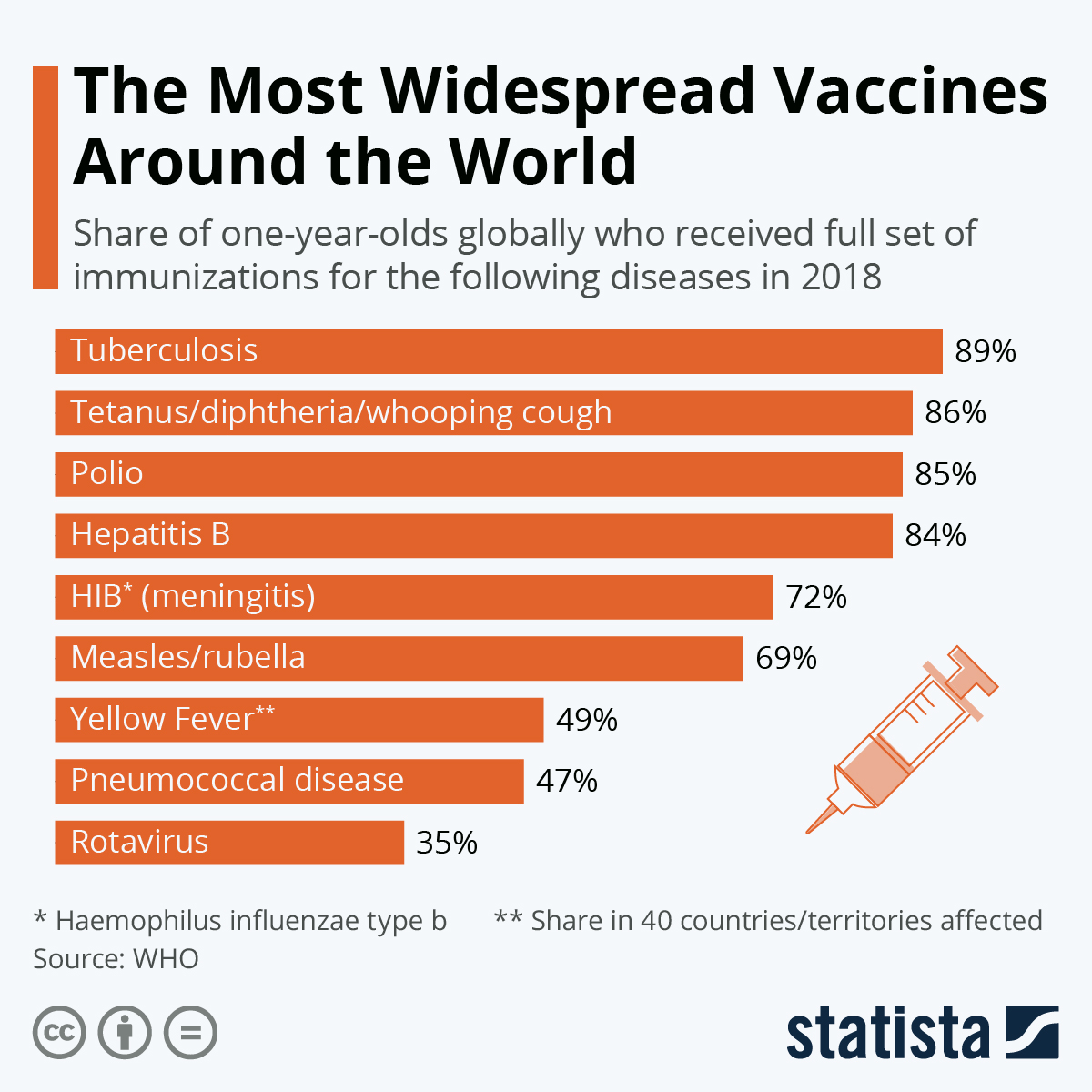