Big cities like London or San Francisco are well-known for their expensive real estate markets. But there are also a lot of housing markets you wouldn’t necessarily expect among the least affordable – that includes several in Australia and New Zealand.

The makers of the study note that Australian major markets (including Sydney and Melbourne) have all seen reduction or stagnation in house prices recently, but that prices remain at a high level. They credit the severe unaffordability in Australia and New Zealand to the countries’ urban consolidation laws, that mostly prohibit real estate development outside of pre-existing urban areas. 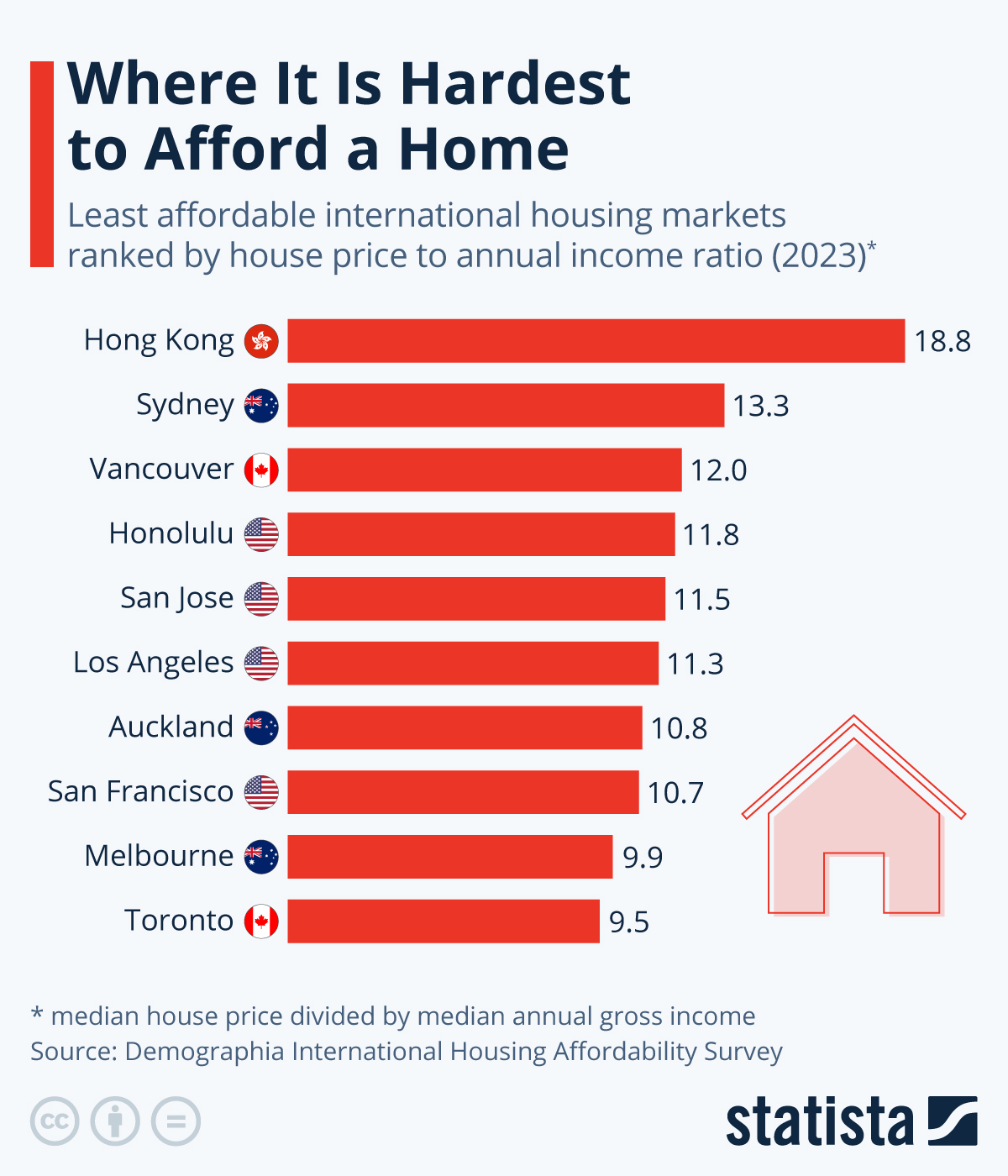