Singapore and Ireland have the two top spots on the index

With close to a billion people now confined to their homes in an attempt to slow the spread of COVID-19, there have been chaotic scenes in supermarkets with customers panic buying bulk quantities of pasta, rice and (for some reason) toilet paper, leaving shelves empty. Many world leaders, including Germany’s Angela Merkel and Ireland’s Leo Varadkar, have warned against such stockpiling, stating that supermarket shelves will be fully stocked and that panic buying is depriving vulnerable members of the population of essential items.

Even though demand for food and basic items has soared to unprecedented levels, empty shelves do not necessarily mean that there’s an actual shortage but rather a supply bottleneck. Food is still being produced, packaged and shipped to supermarkets in areas affected. In some cases, demand is indeed exceeding supply, particularly in Europe’s Schengen region where border closures have led to some delays. In most developed countries, food supply chains are supposed to be able to cope with problems and remedies can involve retailers turning to different suppliers or limits being placed on quantities of items purchased.

What is interesting is that many of the countries experiencing waves of panic buying that have emptied supermarkets also have the highest levels of food security worldwide. In October 2019, before the arrival of the coronavirus, The Economist Intelligence Unit released the 2019 Global Food Security Index. The report measured the affordability, availability, safety and quality of food across 34 unique indicators in 113 countries. 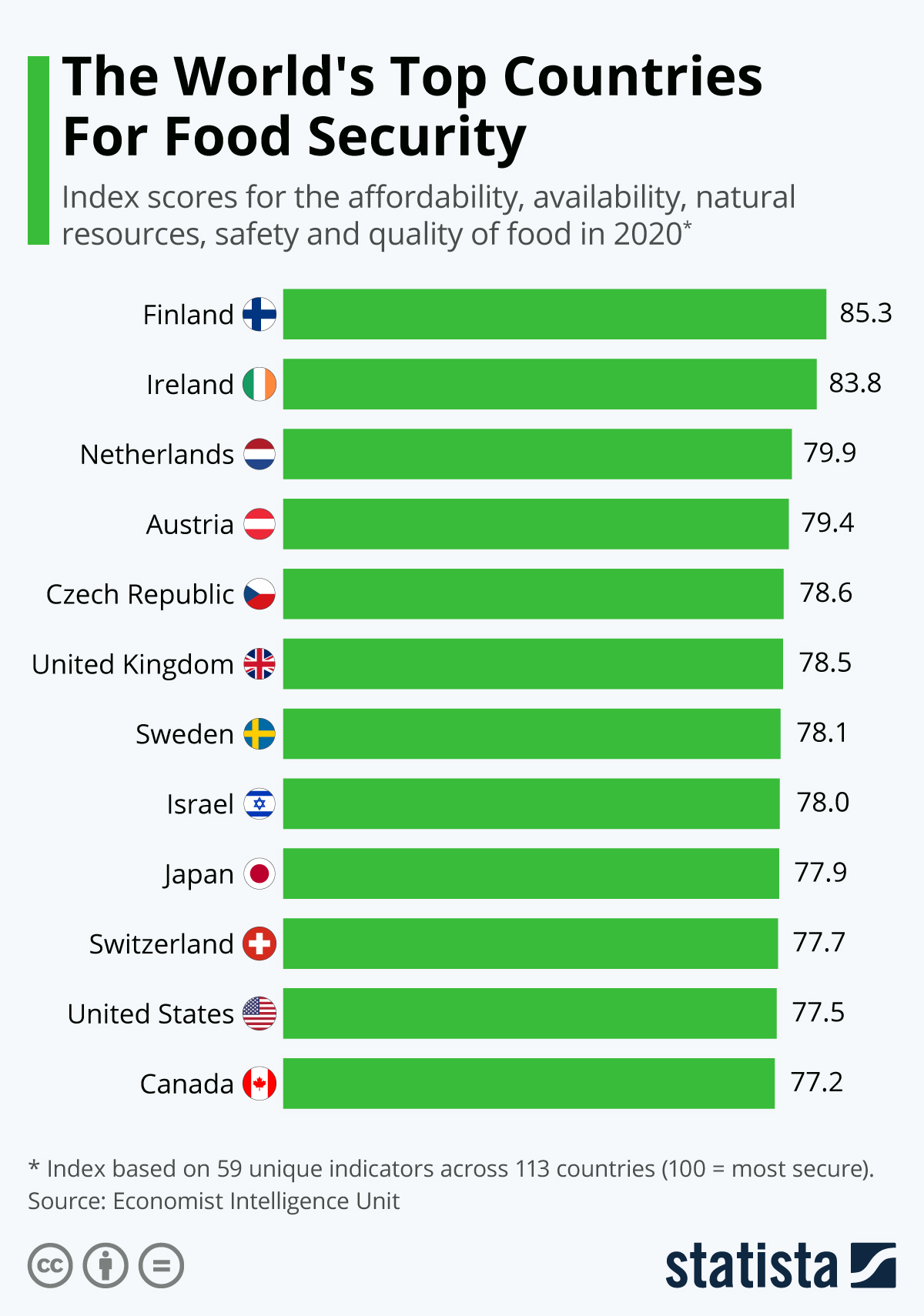 Global Workforce Could Lose $3.4 Trillion in Income This Year (infographic)

Russia suspends all international and charter flights to and from country