Russia is in the 8th spot

When it comes to curbing dissent and freedom of expression, some governments take the drastic step of shutting down the internet. Across the world, internet shutdowns and deliberate slowdowns are becoming more common and they generally occur when someone (usually a government) intentionally disrupts the internet or mobile apps to control what people do or say. According to Access Now data, India has the most shutdowns of any country by a huge distance – 134 in 2018 alone. By comparison, second-placed Pakistan only had 12 shutdowns that year.

In many countries, flicking the off switch on the internet is a preemptive or reactive measure in response to mass or potential unrest. Egypt’s 2011 revolution and the failed Turkish military coup of 2016 are prime examples. This is also true in India to a certain extent where internet access is cut off due to political turmoil, protests and military operations. Shutdowns are even known to occur in certain regions to prevent cheating during examinations. The most recent example was a shutdown in Kashmir which was ruled as unwarranted and “an abuse of power” by Modi’s government earlier this month. Other recent cases include a 45-day internet shutdown in Darjeeling in West Bengal due to political demonstrations and protests from activists seeking a separate state while Nawada in Bihar experienced a 40-day shutdown due to communal clashes.

Given how important the internet has become, limiting access to it can have financial consequences. In India, the huge number of shutdowns and their length, are getting very expensive. A report by The Indian Council for Research on International Economic Relations (ICRIER), found that 16,315 hours of intentional internet downtime between 2012 and 2017 has cost the Indian economy $3.04 billion. 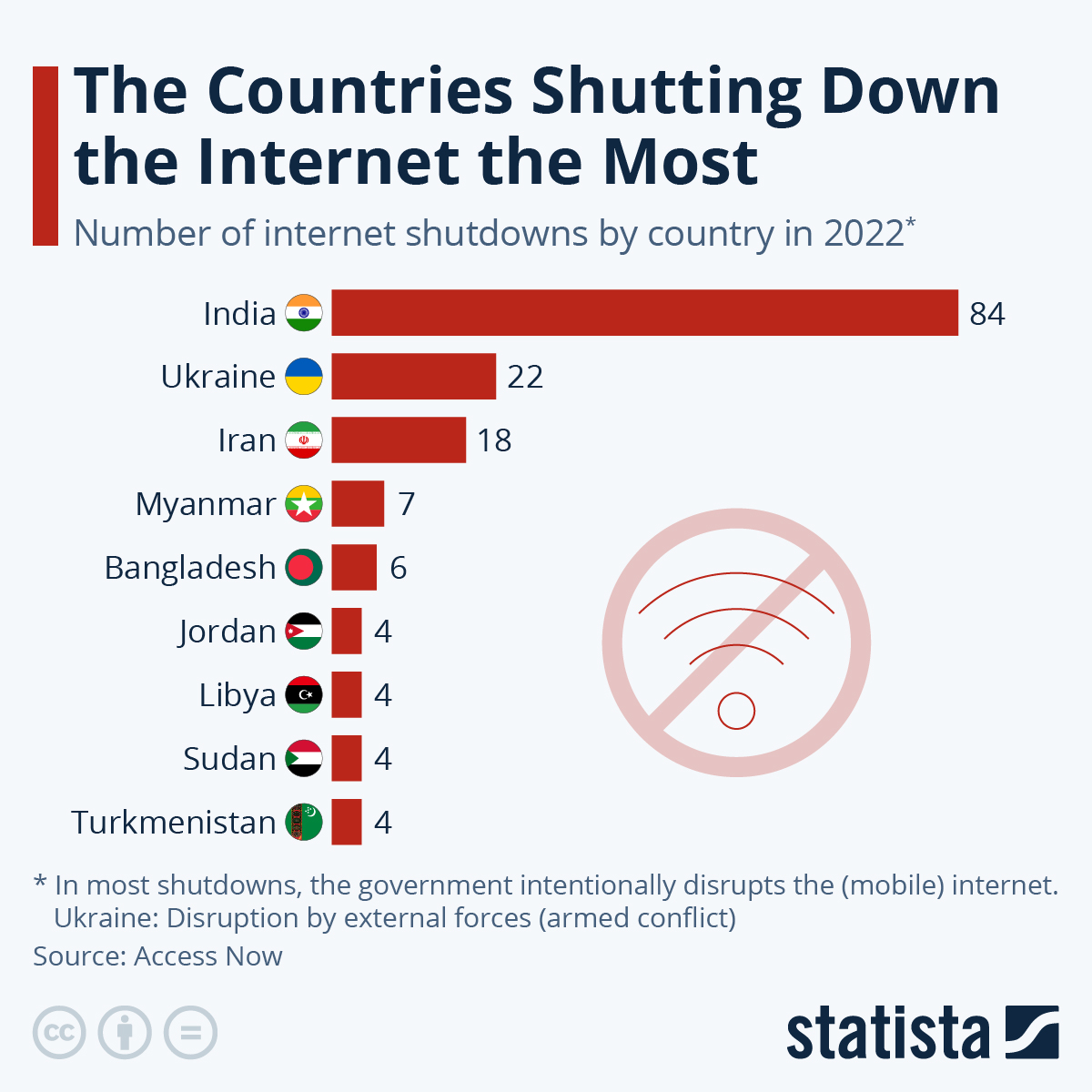