Hillary Clinton “won” all three of the presidential debates in 2016, but lost the elections

Given that CNN’s own poll showed only 53% of those asked believed Joe Biden won last night’s debate with President Trump, while Obama’s former senior adviser David Axelrod said on Anderson Cooper that he saw the debate as a “draw”, it would be fair to surmise that Donald Trump actually won the debate.

However, the question is how important are Presidential debates for viewers in making up their minds on which candidate to ultimately vote for?

At least according to polling at the time, Hillary Clinton “won” all three of the presidential debates in 2016. That, of course, didn’t translate to the election win most people expected, and it begs the question – do the debates actually matter?

According to polling by Pew Research Center after each election since 1988, a fair share of voters do in fact say that the debates helped them to some degree in deciding which candidate to vote for. Notable exceptions to this are the Bush/Dukakis and Clinton/Dole/Perot elections, for which 48 and 41 percent found the debates useful, respectively.

In 2016, 63 percent of voters said the debates were helpful in the decision-making process but, as in 2012, only 10 percent said that they actually made their decision during or directly after the debates. With an electorate seemingly even more polarized in 2020, that figure may well be even lower for this election. 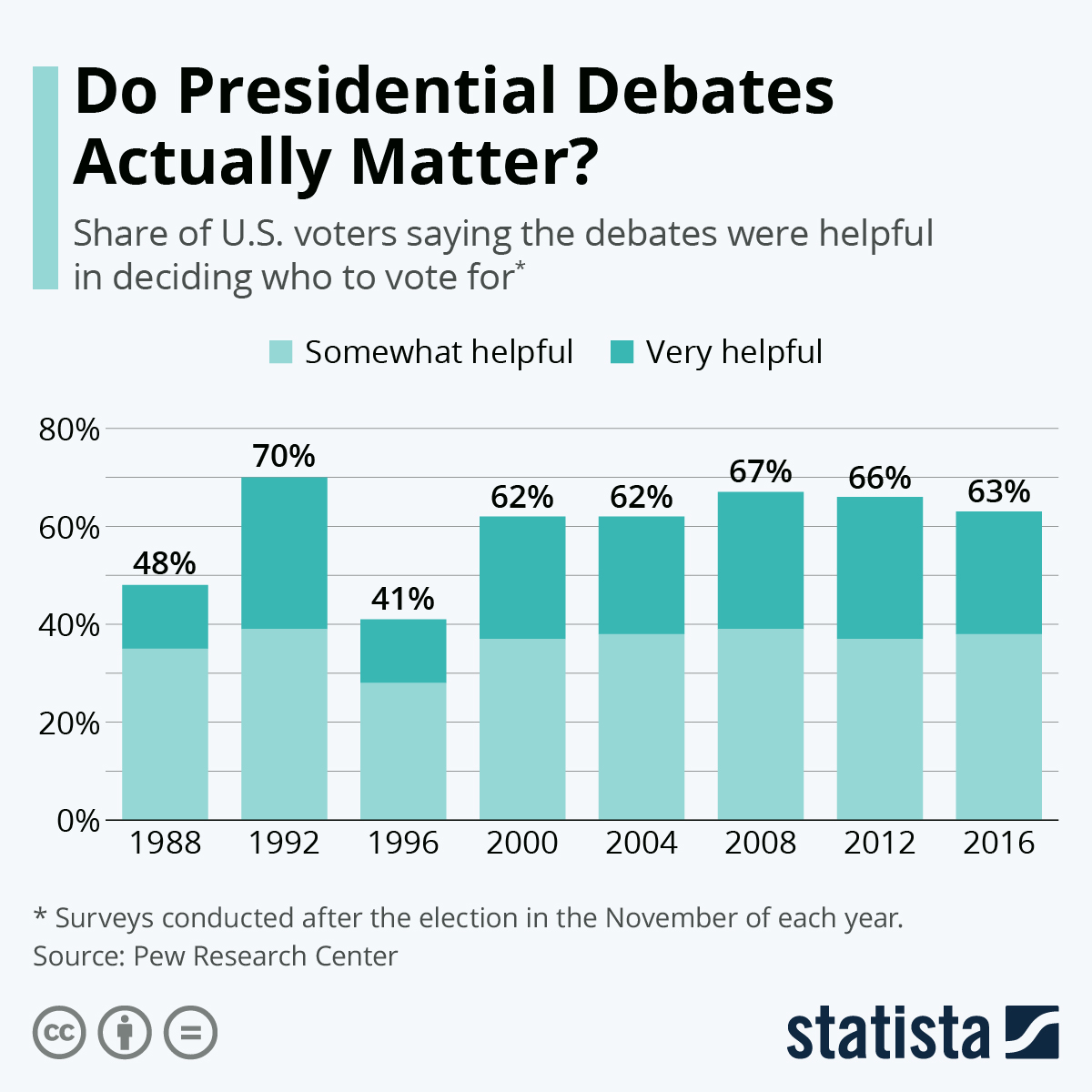