In a bid to improve the U.S. criminal justice system, President Biden signed an executive order to “eliminate the use of privately operated criminal detention facilities” on Monday. By not renewing contracts with private prisons, Biden aims to reduce “profit-based incentives to incarcerate” and ultimately lower incarceration levels.

For many years, the United States has been among the countries with the highest incarceration rates in the world. By the end of 2019, the U.S. prison population stood at 1.43 million (plus more than 700,000 in county and city jails), including a disproportionate number of people of color. Private prisons are widely regarded as one of the factors contributing to the problem, because they do not only have an incentive to keep prisoner counts high, but their proclivity for cost-cutting has also resulted in low safety scores and below-average performance in terms of preparing inmates for a life outside of prison.

As the following chart shows, a total of 115,954 prisoners were incarcerated in private correctional facilities at the end of 2019, of which 27,409 were federal prisoners and 88,545 were under state jurisdiction. The number of federal inmates in private prisons has risen by 77 percent since 2000. However, in recent years the number has trended downward after peaking above 41,000 in 2013. According to the Bureau of Justice Statistics, private prisons currently hold 8 percent of the nation’s total prison population, including 16 percent of federal prisoners and 7 person of state prisoners. 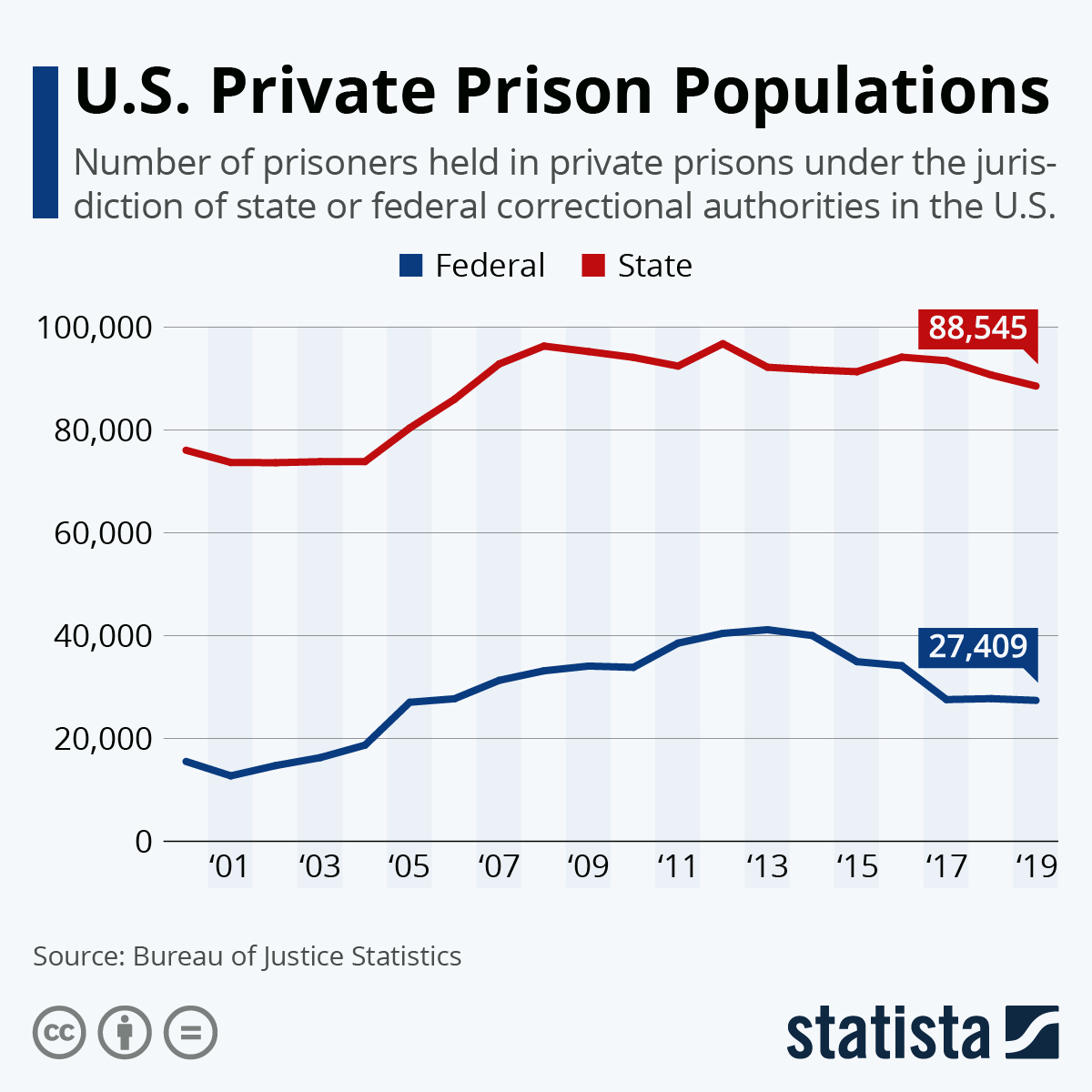