The competition is in the final 16

On Tuesday, the UEFA Champions League returns from the winter break, when Borussia Dortmund, Paris Saint-Germain, Atlético Madrid and Liverpool FC kick off the knockout phase of the most prestigious competition in club football (soccer). Coming on the heels of the UEFA’s decision to ban Manchester City from European action for the next two seasons, the round of last 16 holds some intriguing storylines, as Dortmund faces former coach Thomas Tuchel, now in charge of PSG, Manchester City square off with record champions Real Madrid and dark horses Valencia and Atalanta play for a spot in the quarterfinals.

Apart from the latter two, Olympique Lyon and German upcomers RB Leipzig, the field of clubs still in the running for this year’s title reads like a who-is-who of European club football. Despite the UEFA’s ongoing efforts to level the playing field through its Financial Fairplay regulations implemented in 2011, the gap between Europe’s 10 to 15 richest clubs and the remainder of the footballing world is growing wider and wider. Since Porto’s win in 2004, no real outsider has triumphed in the Champions League, with Ajax’s surprise run to the semi-final in 2019 a refreshing exception to the rule.

As the following chart shows, even among the teams that made it out of the group stage, the Champions League is an uneven struggle. According to transfer tracking website Transfermarkt.de, Manchester City’s squad is more than four times as valuable as that of Atalanta, this year’s biggest underdog. With City, Liverpool, Madrid, Barcelona and PSG, five clubs now exceed €1 billion in total squad value and it wouldn’t come as a huge surprise if one of them ends up lifting the trophy in May. 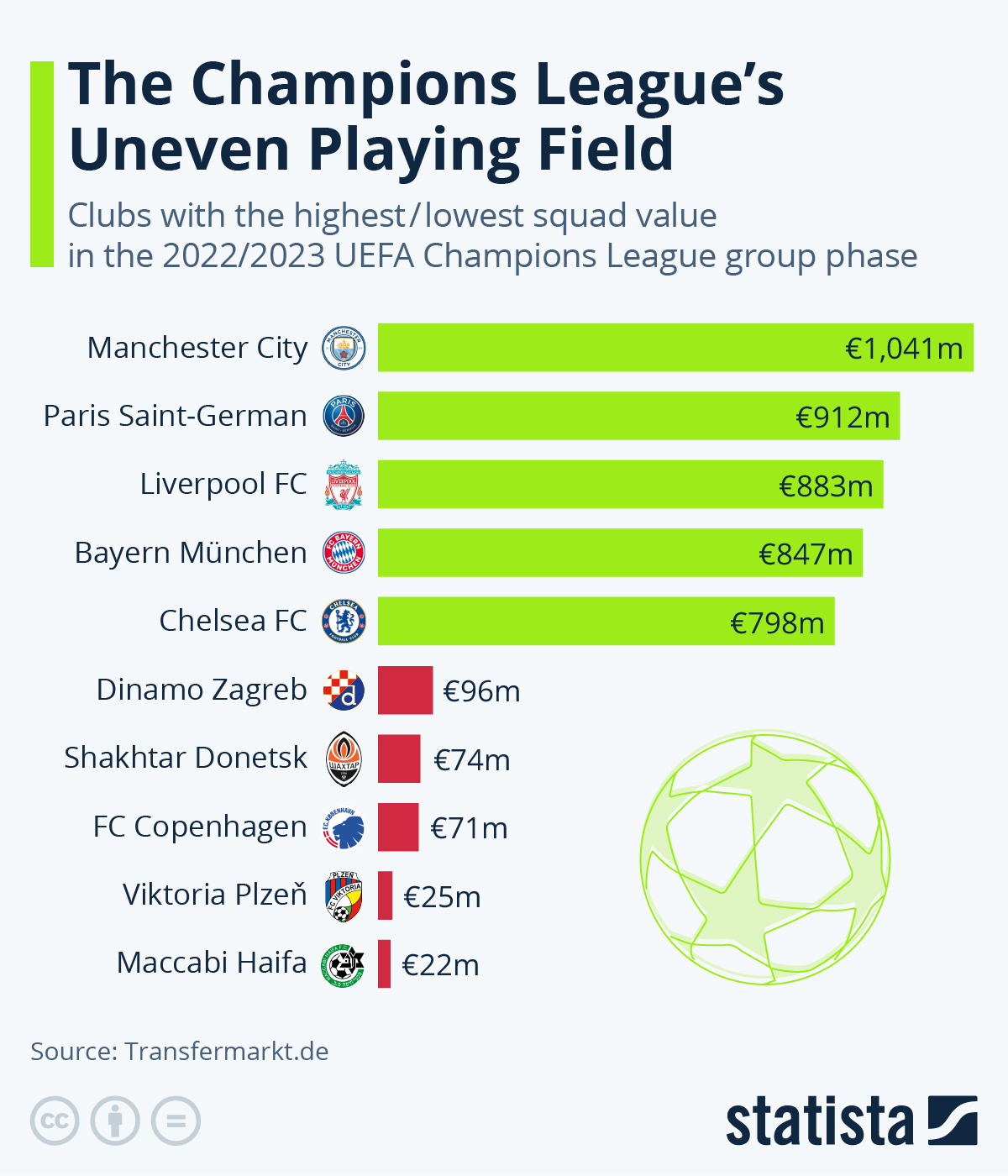