Numerous high-profile Twitter accounts were compromised on Wednesday in what is one of the most brazen cyber attacks in recent memory. Barack Obama, Joe Biden and Bill Gates were among the accounts that had apparently been hacked to promote a scam asking users to transfer Bitcoin in order to get twice the original amount back.

According to Blockchair data quoted by the New York Times, Bitcoin worth $118,000 had been transferred to the dubious account by 7 p.m. Eastern time on Wednesday, although it remains unclear how much of that amount has really been transferred by gullible Twitter users, as scammers often transfer funds to feign authenticity.

“Tough day for us at Twitter. We all feel terrible this happened,” the company’s founder and CEO Jack Dorsey tweeted late on Wednesday in response to the attack. “We’re diagnosing and will share everything we can when we have a more complete understanding of exactly what happened.”

As the following chart shows, the unknown perpetrators potentially reached hundreds of millions of users with their tweets. With more than 120 million followers, Barack Obama was the largest account compromised in the attack, which also targeted Democratic candidate Joe Biden but spared President Trump, who has more than 80 million followers on Twitter. 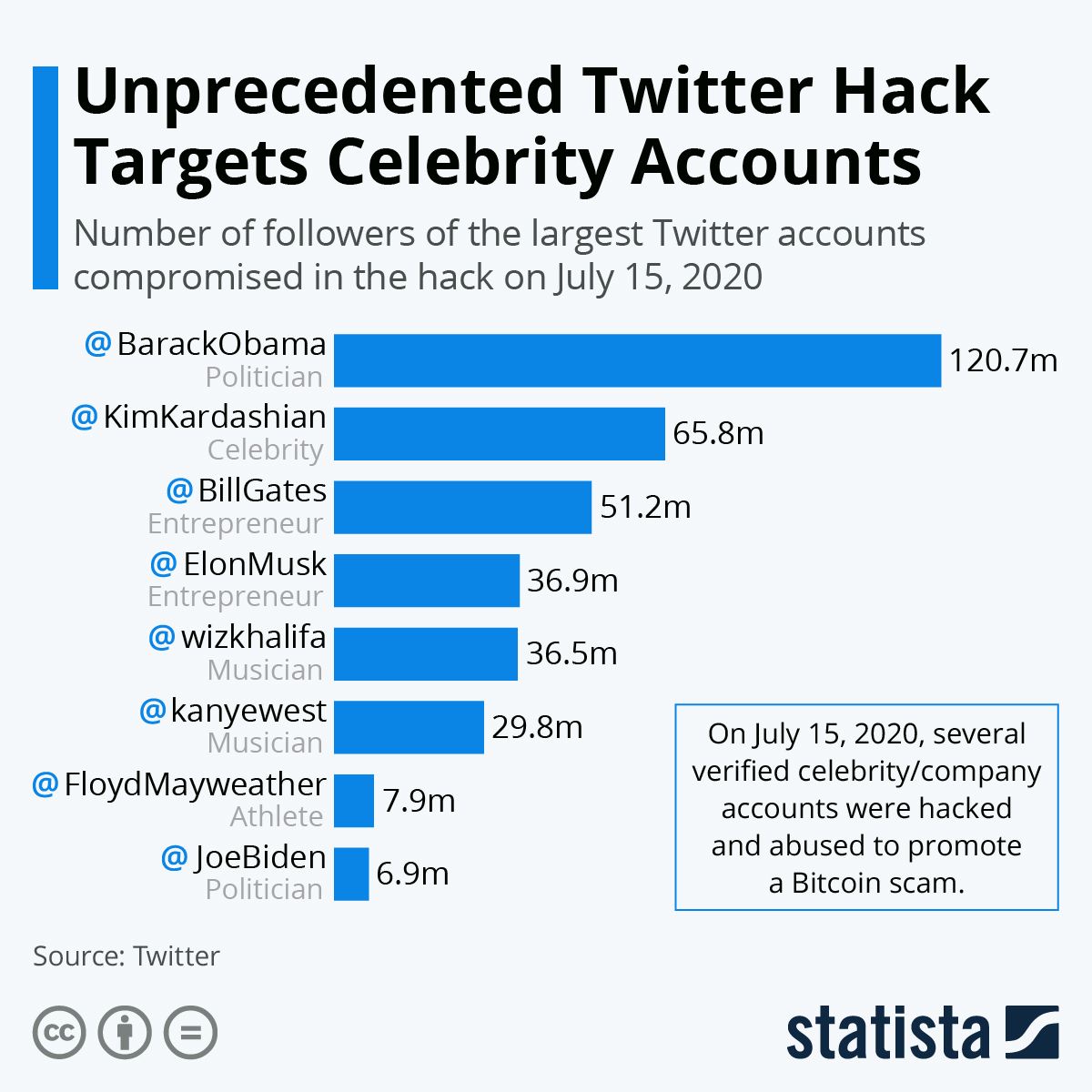