New Zealand became the first self-governing country in the world to grant women the right to vote in parliamentary elections when its governor, Lord Glasgow, signed the Electoral Act into law on September 19, 1893. Between that year and 1960, a further 128 countries granted women the right to vote including all but six European countries. Some of the European governments that allowed universal suffrage after 1960 include Switzerland in 1960 and Portugal in 1976.

Who Europeans are supporting in the U.S. Presidential Election (infographic)

In line with sweeping European decolonization, 80 percent of countries in Africa granted women the right to vote between 1950 and 1975. More recent examples of countries that made the move to allow women to vote include Kuwait (2005) and the United Arab Emirates (2006). This infographic uses Pew Research Center data to show when women were granted universal suffrage in countries around the world. 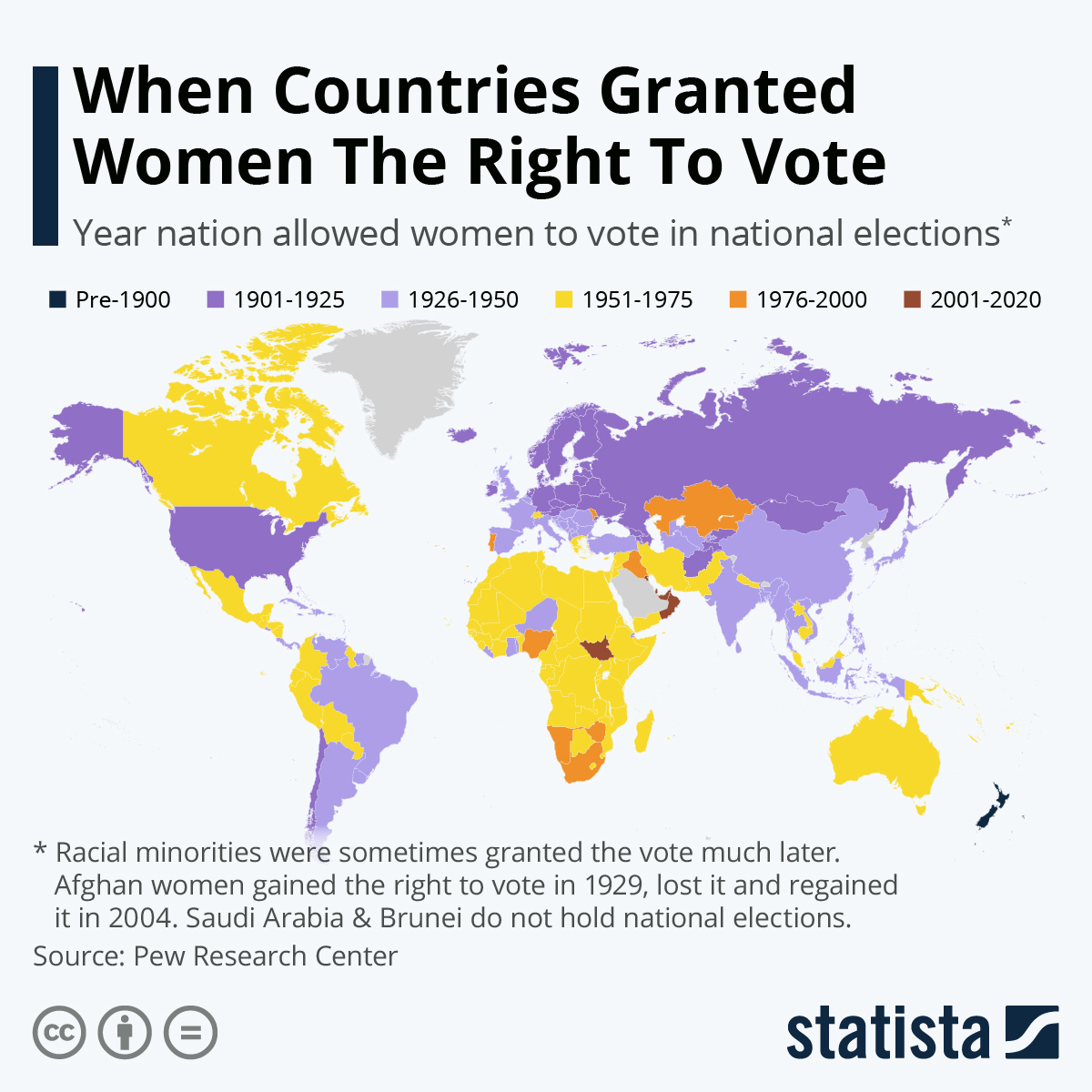