Chinese and Indians lead the way

Chinese and Indians are most likely to use health apps and are also the most willing to pay when it comes to using your phone or smartwatch to track your health and wellness. This is according to the Statista Global Consumer Survey, which quizzed people on their health app use.

New Erdogan war-cries: We will answer to Greece & the Greek-Cypriots as they deserve

The most common type of app used were nutrition apps. Apps monitoring heart rate or other bodily functions and those tracking sleep were also popular. Indians were most likely to use meditation or mindfulness apps. 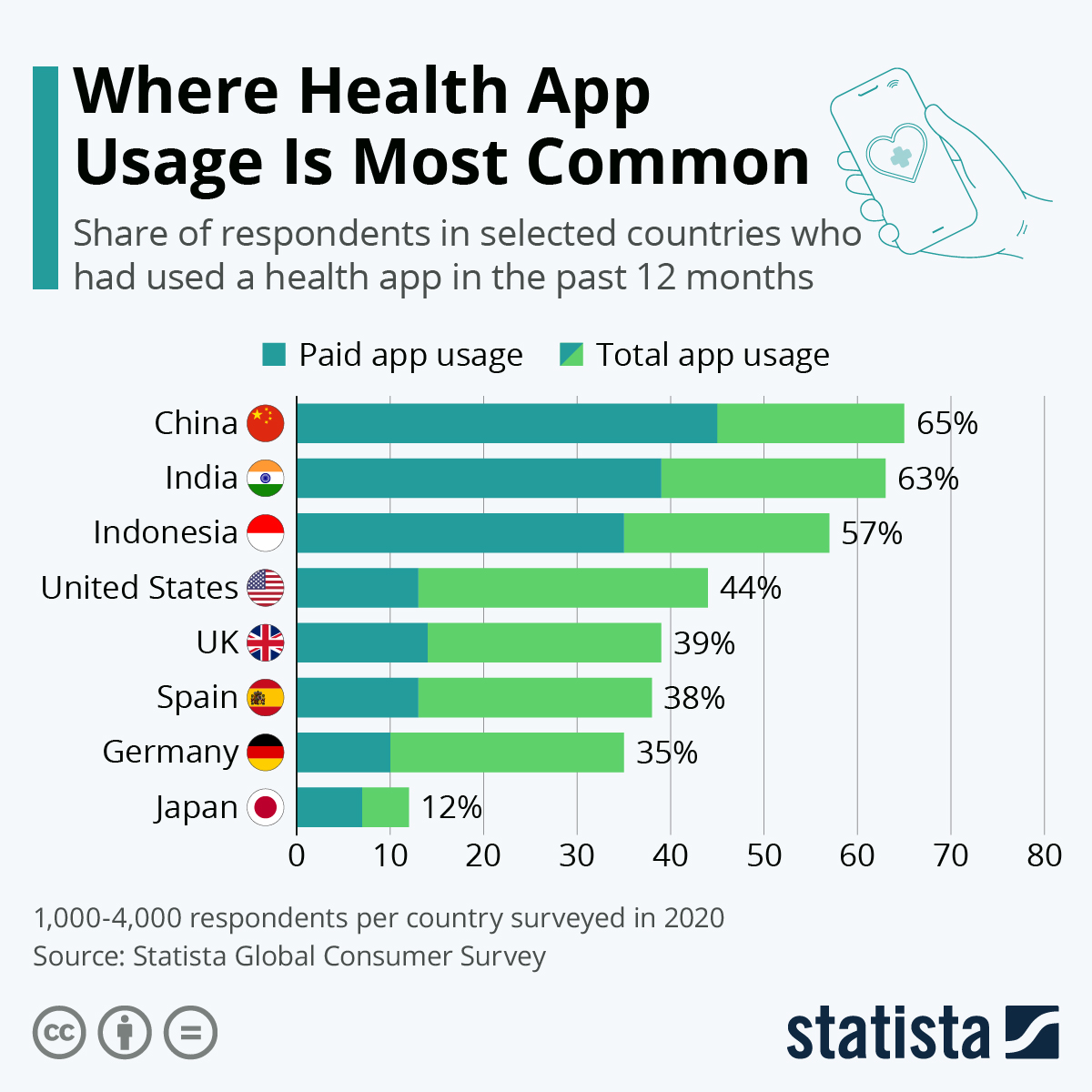