4.2 billion people across the globe still do not have access to proper sanitation

November 19 was World Toilet Day, which is an annual UN observance of toilets and serves as an opportunity to raise awareness about the 4.2 billion people across the globe who still do not have access to proper sanitation. The UN General Assembly declared November 19 World Toilet Day in 2013 and its primary purpose is to inform, engage and inspire people to achieve the goal of ensuring the availability and sustainable management of water and sanitation for everyone. One crucial aspect of reaching that goal is going to be the elimination of open defecation. Progress to that end has been made since the turn of the century with the rate of open defecation falling from 21 percent in 2000 to 9 percent in 2017. That is thanks to several countries working on ensuring their inhabitants have access to at least a minimum level of sanitation that keeps excreta separate from human contact.

Some governments, such as India, have gone a step further. India struggled with some of the world’s worst open defecation rates for decades and that prompted the Modi government to embark on an ambitious and decisive campaign to end the practice. Under the Swachh Bharat Abhiyan (“Clean India”) plan, India invested billions of dollars building 110 million toilets between 2014 and 2020, culminating in Modi announcing that open defecation had been eliminated in the country during an address in early October of this year.

India has certainly set an impressive example tackling the problem but many countries still have work on their hands when it comes to ending it. UN data shows that the highest rates of open defecation exist in Chad where 69 percent of people practiced it between 2015 and 2018 while 91 percent lived in a community that practiced it. It is common in a host of African countries and Benin and Ethiopia follow with exposure rates of 90 percent. It is also widespread in parts of Southeast Asia with the island nations of The Solomon Islands and Timor-Lest among the worst countries on the planet for open defecation rates. 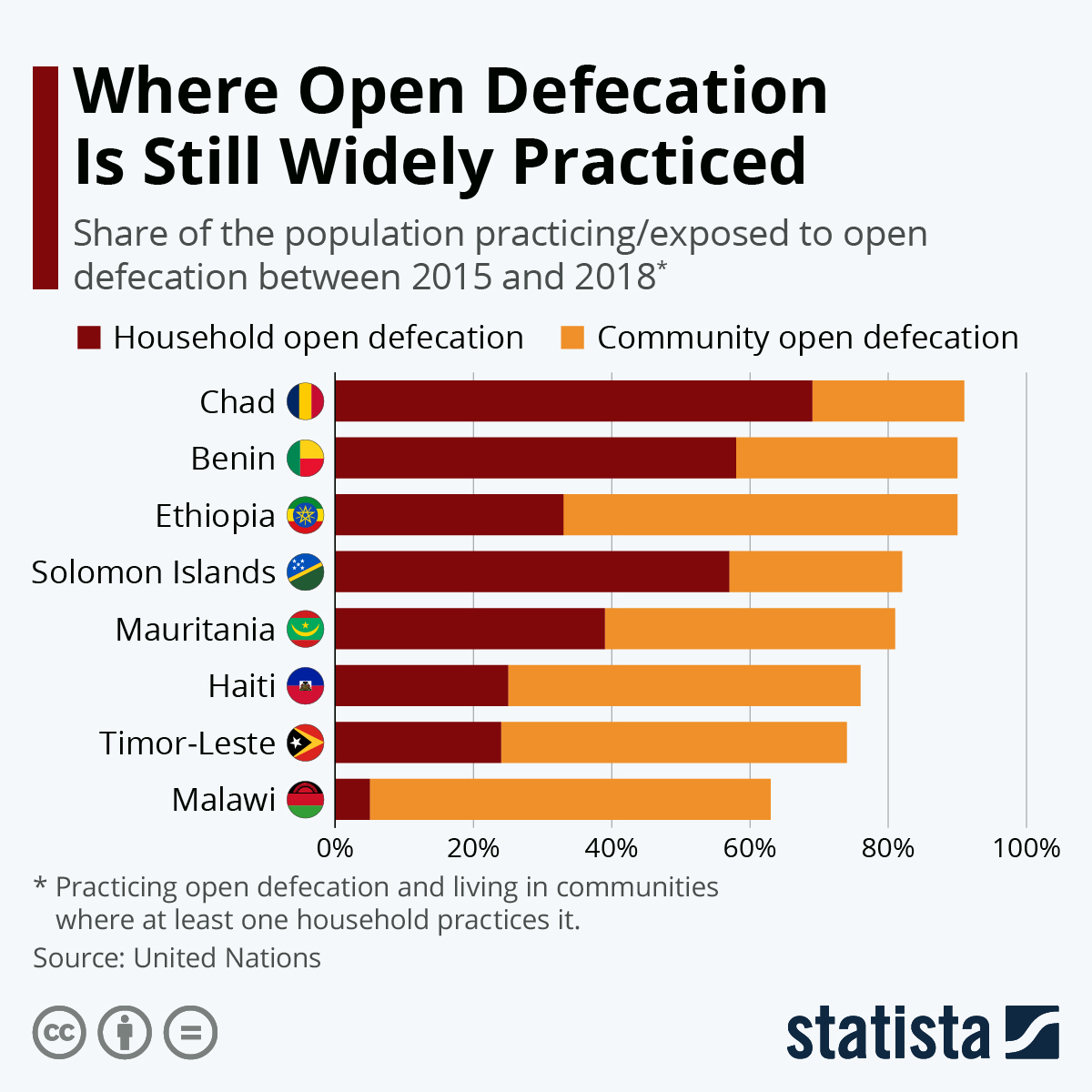