The Chinese appear to trust their government the most

Joe Biden has moved into 1600 Pennsylvania Avenue and one of his administration’s most difficult tasks is going to be the restoration of trust in the American government. Even though the foundations of U.S. democracy withstood the events of January 06, cracks are still in place, as shown by continuing suspicion and accusations on Capitol Hill. Along with distrust inside the government, the nation is divided with a recent survey finding that a mere 42 percent of the U.S. public trusted the government in late 2020.

The findings come from Edelman Research’s latest Trust Barometer which polled 33,000 people in 28 countries about their trust in various institutions between October 19 and November 18, 2020. Despite the turbulence of 2020, a year where hundreds of thousands of Americans died from Covid-19, the research found that trust in U.S. government actually grew three percent. Still, the U.S. figure is far lower than many other countries with trust in government in Australia and Canada standing at 61 percent and 59 percent, respectively. It is also slightly lower than the UK where the government’s Brexit strategy has proven highly controversial with public approval of the institution 45 percent in late 2020.

Some of the highest levels of trust in government were seen in Asia where 82 percent of Chinese respondents trusted the institution, along with 79 percent of people polled in India. Japan was among the lowest at 37 percent while the figure was lower still in Spain and Russia at just 34 percent. The stakes are high for 2021 and improvement will likely hinge on how the pandemic plays out, particularly when it comes to the efficiency of vaccination programs and getting economies back on track without compromising public safety. 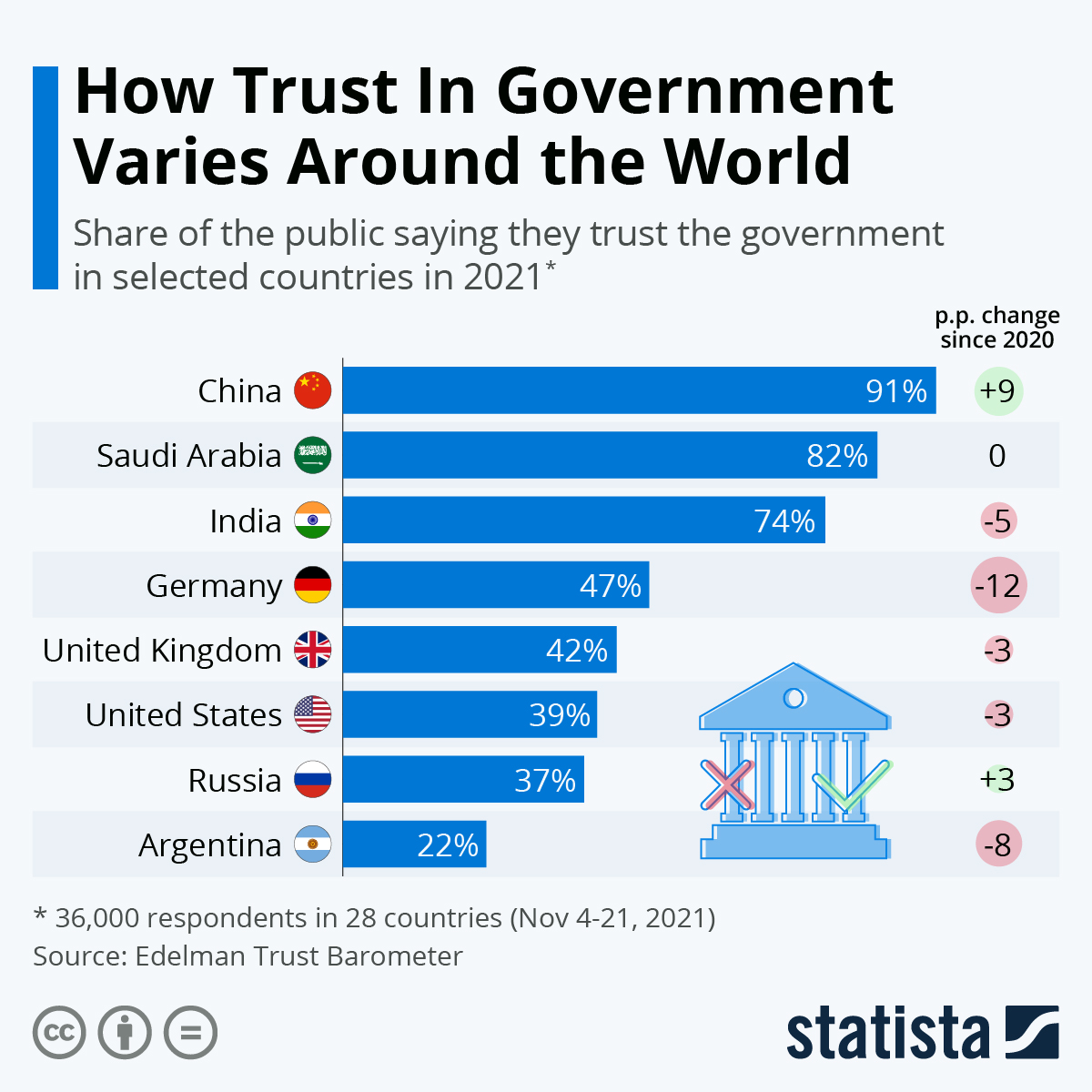