The armed forces in the minds of most people are associated with tough guys and weapons. However, women have been part of the military for quite some time now. And as you will see it takes nothing away from their beauty and femininity. Here are some of the most beautiful female army personnel in the world.

1. Sweden
Since 1989, Sweden allows women to access the military training or positions without any gender discrimination. 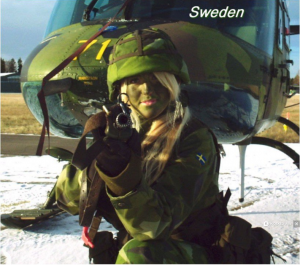 2. Serbia
Serbia has a strong tradition of women serving in the army. Nearly 100,000 females were part of the partisan army during WWII and there are still beautiful women in the army today, as this photo proves. 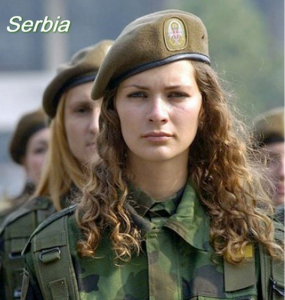 3. Greece
In Greece women cannot be conscripted, like men. They can join the armed forces by their own volition. It has some beautiful officers both in the navy and infantry. 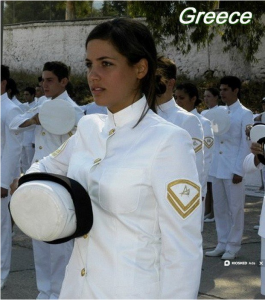 4. U.S.A
This country offers most of their military positions to women but with restrictions where extensive physical strength is needed because most of the soldiers are beautiful enough to get the immunity from the hard work. 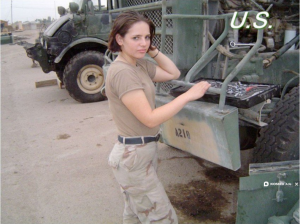 5. Norway
Since 1938, women have been providing military services in this country. We can only wonder that they remain naturally stunning or get the training to look dazzling. 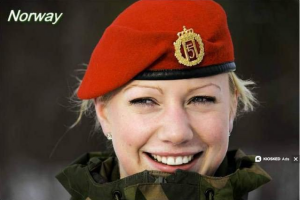 6. Ukraine
In this country, women comprise around 13% of the armed forces and this is one example how beautiful this percent count is. 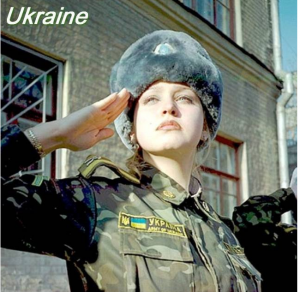 7. Russia
First woman who entered Russian Army pretended to be a man, then gates were open for women and now there are 115,000 to 160,000 women in the army and now they don’t have to pretend. 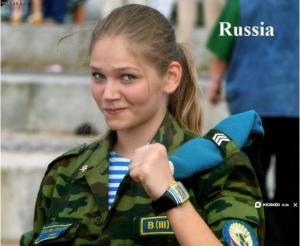 8. Peru
Here, women had joined army as conscripts in 1993 and as the officers in 1997 and since then they are serving their country. With that much beautiful officer, no soldier can stray from the task. 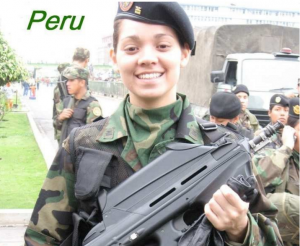 9. New Zealand
Nearly, 10,000 women served in the Second World War in the country and now they are working as the same power as men but they make the obviously pretty part of the army. 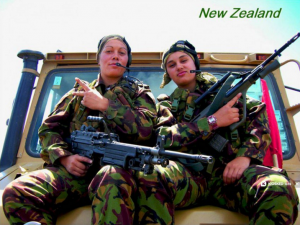 10. Chile
In all levels of Chile’s military, women play good role. Here, 1 in 5 new Army officers in training is a woman and that 1 part can have the effect on the enemy that the 4 parts cannot. 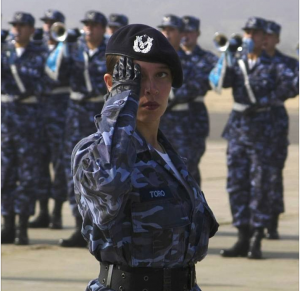