The hijacker turned himself in the Cypriot authorities shortly after 2.30pm, while all hostages are free and safe.

Earlier one of the passenger was seen jumping off the cockpit window to save himself, as TV channels broadcast. Then, three more were seen exiting the plane through its door, while police rushed immediately to remove them safely. 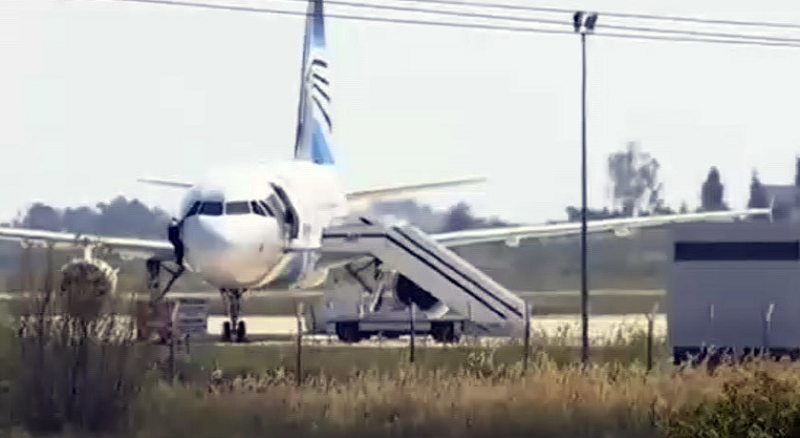 As newspaper Fileleftheros reported, the hijacker got off the aircraft and headed towards a large shed located at the airport. A Cypriot police vehicle approached him and then the hijacker turned himself in the police after throwing some objects he was carrying, which were received by the authorities and are being examined.

The Airbus 320 passenger airplane of Egypt Air was hijacked and landed in Cyprus on Tuesday morning carrying 81 passengers.

The hijacker had forced the crew of filght MS181 of EgyptAir to land at Larnaka airport in Cyprus.

Authorities claim that the hijacker is mentally ill.

Cyprus Foreign Ministry and government’s spokesperson Nikos Christoudoulidis announced the arrest of the hijacker on Tweet.