Can you guess which ones they are?

One of the best things about living in the UK is that we have some brilliant beaches on our doorstep.

Not only in the UK itself, but our European neighbours also boast some of the most stunning beaches in the world.

From a hidden gem along the Albanian Riviera, to a celebrity hot spot in France and the best beaches in the Greek islands, check out our round-up of Europe’s must-visit beaches below. 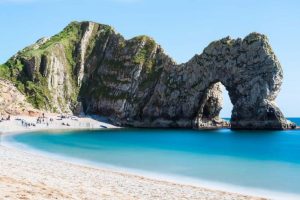 One of the most photographed and iconic areas of Dorset, Durdle Door is also home to one of the best beaches in Europe. At first glance you wouldn’t think you were in the UK, with its azure waters and golden sands, but this gorgeous beach is right on our doorstep.

How to get there: Durdle Door is just west of Lulworth on the B3070, if you’re driving, and the nearest train station is Wool. From here, hop on one of four buses that takes you to West Lulworth for Lulworth Cove and Durdle Door and an extra bus (the number 30) is added in the summer months. 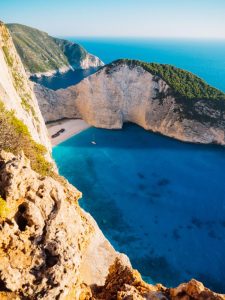