Her father allegedly called for her killing

Isra’a Ghrayeb, a Palestinian woman from Bethlehem, was reportedly killed this past Thursday after being allegedly tortured and beaten to death by her brother in a family honour killing.

According to The New Arab, Ghraybeb was killed after posting a video on social media depicting her and her fiance.

Her brother, Ihab — a Canadian citizen — was reportedly angered by the video, believing it was a family dishonour to show herself with her betrothed together before a formal wedding ceremony takes place.

Citing social media posts, The New Arab reported the girl’s father called for his daughter’s beating after other family members saw the video. Local media reported Ghrayeb fell from the second floor of the family home while trying to escape family violence.

The fall caused severe spinal injuries. While in hospital awaiting a spinal cord operation, Ghrayeb stated on an Instagram story she had to cancel all August and September makeup appointments because of her bad state of health. 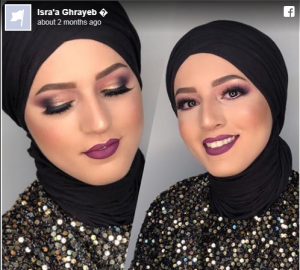 “I’m strong and I have the will to live — if I didn’t have this willpower, I would have died yesterday,” she reportedly wrote.

While in hospital, Ghraybeb was allegedly attacked a second time. She later died.

Ghraybeb’s family claim she died of a heart attack.