Omonia square in downtown Athens has been shut down due to protests against the government’s plans concerning labour reforms, after the Union of Greek Civil Servants (ADEDY) have called a 24-hour strike. The Greek Communist Party’s (KKE) union branch of PAME have gathered at Omonia, while the demonstration of ADEDY members started at 11am. Workers are protesting against wage and pension cuts and demand the maintenance of collective bargaining. KKE demands the government withdraw the draft bill by the Labour Ministry regarding mobility and public servant evaluation. Due to the strike public hospitals, health centres, the national ambulance services (EKAV) and welfare units will be operating with emergency staff on Thursday. Meanwhile, ships will be docked after the Panhellenic Seamen Federation declared a 24-hour strike demanding the guarantee of the fundamental working rights for Greek seafarers. 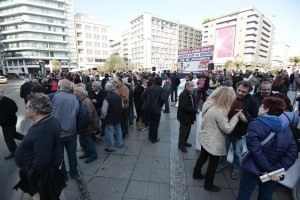 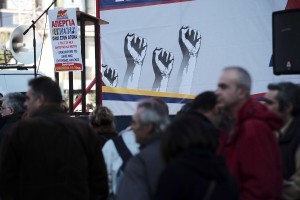 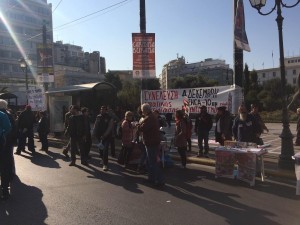