Hybrid Air Vehicles’ Airlander 10 airship, which is the world’s largest aircraft, has just been improved. Last August, its flight deck (located on the underside of the hull) was damaged during a “heavy landing” at the end of its second test flight. Now, protective airbags have been installed to keep that deck from smacking into the ground, and to allow landings at a greater range of angles. 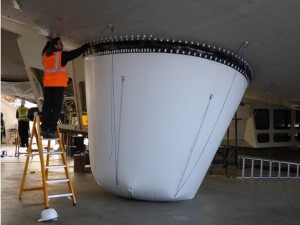 Known as the Auxiliary Landing System (ALS), the setup consists of two pilot-deployable airbags, located on either side of the flight deck. When activated, each one fills with 15 cubic meters (530 cubic feet) of helium gas within 20 seconds, extending to its full length of 3 meters (9.8 ft).

That gas is drawn from the main hull using the airship’s existing ballonet fans, and constitutes less than 0.1 percent of the entire hull volume – so in other words, there’s still plenty of helium left in the hull when the bags are inflated. 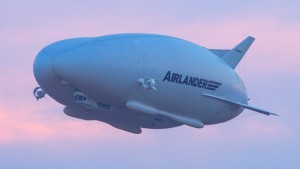 Plans call for the ALS to be used on most of the remaining landings in the flight test program, which should resume soon after the Airlander 10 is brought out of its hangar later this month.

When it does come out, it will be with the help of another just-announced innovation – the Mobile Mooring Mast. It’s a tracked vehicle with a retractable mast on top, which will be used to push and pull the airship around the airfield. 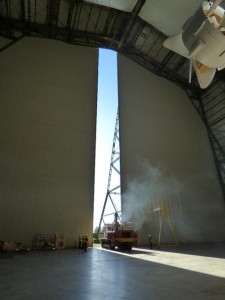 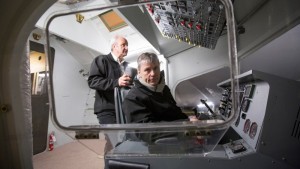