The statue had been withdrawn from the public view

Athenians passing by the intersection of Vassilissis Olgas and Amalias streets will be pleasantly surprised at the sight of the statue of Alexander the Great which was installed on Wednesday.
The statue, sculpted by Yiannis Pappas, was acquired by the Ministry of Culture in 1993 and donated to the Municipality of Athens. However, it had been withdrawn from the public space in the Greek capital.
The statue, which shows the Macedonian King on horseback, was installed opposite the statue of Lord Byron, on the special base that had already been placed at the site. 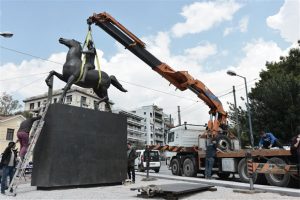 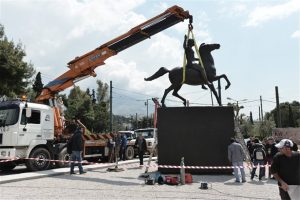 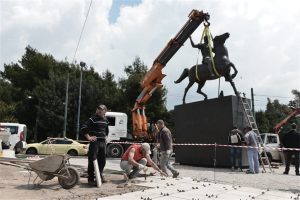 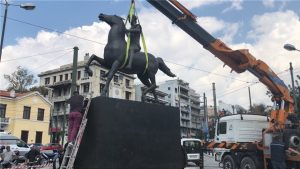 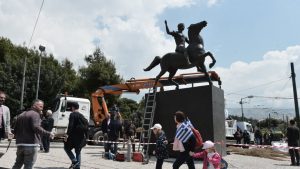 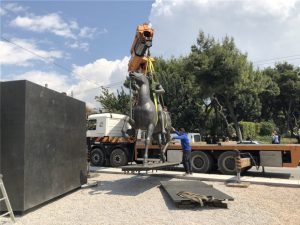 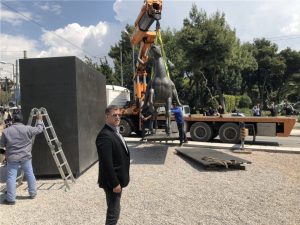 Tags With: Alexander the Greatathensinstallationmacedoniastatue
This week‘s new events