UPDATE: Unprecedented participation from the Greeks. According to the information thus far the people that showed up from all over the country are close to 1.500.000. 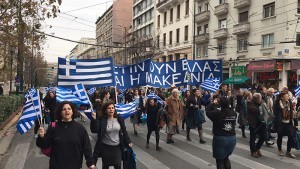 The time has come and everything is ready for the big rally for Macedonia. 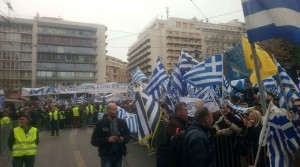 People have begun to gather in Syntagma square as early as 8:30′ while the buses from all over Greece are expected to be more than 2500. 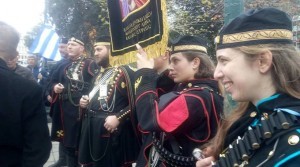 What is of significant importace is the fact that unlike the 1992 rally in Thessaloniki, which also saw more than 1.000.000 people demonstrating for Macedonia, today’s rally is not backed and organized by the government or any other political party but instead it is the result of the will of the common Greek citizens to make a stand. 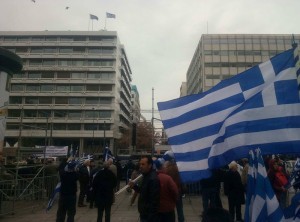 The organizers, cultural private organization and organization of the Greek diaspora, have stated that it is a demonstration against FYROM’s intention to practically steal part of the culture and history of Greece. 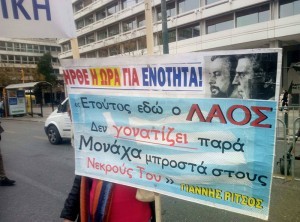 According to the organizers, the numerous cases of FYROM’s state officials, politicians as well as diplomats, that have made speeches about the “conquered by the Greeks ‘Macedonian’ lands”, refering to the Greek parts of the wider geographical region of Macedonia and the similar rhetoric inside FYROM’s schools(!), are not the right foundations for a fruitful neighboring relationship. 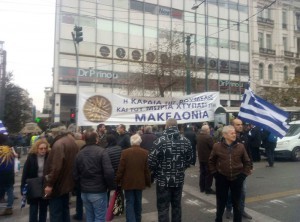 The rally will officially begin at 14:00′ and the main speaker will be the world renowned composer Mikis Theodorakis, a symbolic figure in Greece who at his 92 years of age is making yet one more stand for all Greeks. 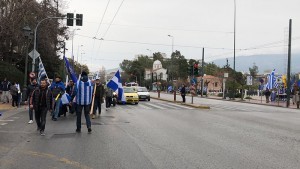 Yesterday, anarchists in an unprecedented move, attacked his house, threw red paints at his front door and wrote threatening messages on the outside walls. Theodorakis, however, stated that he is “calm and ready” for the rally. 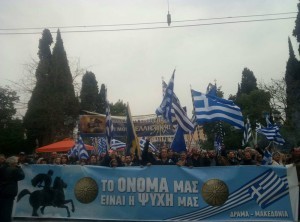 The police has taken all the necessary steps to make sure that everyrhing will go smoothly. 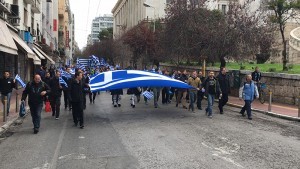 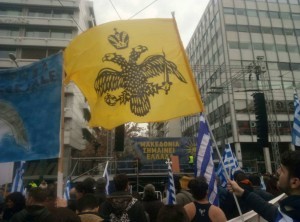