With its light-filled main gallery and sweeping views of the Altai Mountains of southern Russia, Denisova Cave was a Stone Age version of a Manhattan penthouse. Overlooking the Anui River, where herds of animals came to drink, it offered an unparalleled vantage for spotting game and other humans, as well as refuge from Siberian storms. Generations of Neanderthals, their Denisovan cousins, and modern humans enjoyed the view. 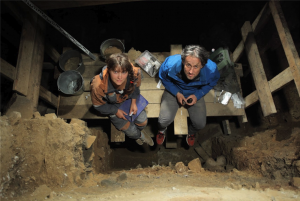 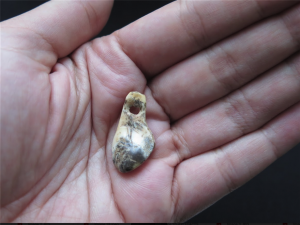 But when did each group reside there? The timing could yield clues to how these diverse humans interacted and shed new light on the most enigmatic of the three, the Denisovans, who are known only from DNA and scrappy fossils from this cave. Denisova’s human fossils and artifacts have been notoriously difficult to date because of the complex layering of sediments in its three chambers. Now, two teams have combined state-of-the-art dating methods to create a timeline of the cave’s occupants. 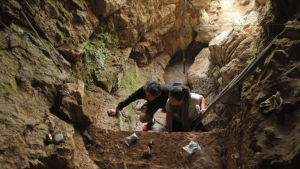 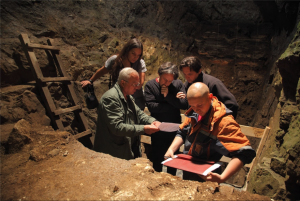 For the Denisovans, the results—reported in Nature this week—paint a portrait of endurance. They first moved in 287,000 years ago, more than 100,000 years earlier than had been thought, and then occupied the cave off and on through shifting climates until 55,000 years ago, a period when Neanderthals also came and went. “The general picture is now clear,” says archaeologist Robin Dennell of the University of Sheffield in the United Kingdom, who was not a member of the teams. 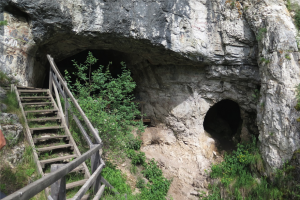 The team checked its dates for the most recent layers against radiocarbon dates that geochronologists Tom Higham and Katerina Douka at the University of Oxford in the United Kingdom determined from 50 new cut-marked bone and charcoal samples. The Oxford team also developed a new statistical model that merges data from several dating methods, as well as from genetic sequencing, which can reveal the relative ages of fossils. By evaluating all the data and their range of errors, the model determines which dates are the most reliable. “There’s a huge value in using multiple techniques,” says Ed Rhodes of the University of Sheffield, who was not involved in the work. The resulting dates, he adds, are “fully convincing.” 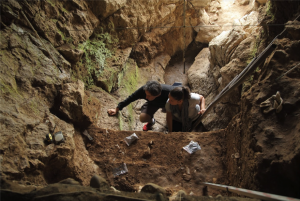 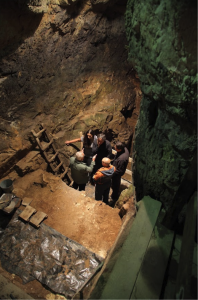 The oldest stone tools in the cave date back to at least 287,000 years, according to the optical methods. These so-called Middle Paleolithic tools look subtly different from those associated with Neanderthals in other caves in Siberia, suggesting they are the first artifacts ever linked to the Denisovans. Direct evidence of Denisovans—so-called environmental DNA found in the sediments—also appears a bit before DNA from Neanderthals, who occupied the cave on and off from 193,000 to 97,000 years ago.