Archaeologists excavating the Kasta Tomb in Ancient Amphipolis on Monday entered the burial mound that has drawn international attention. The blocks were removed from the sealing wall, revealing the front of the funerary monument.

The facade is decorated in the same style as the side walls with a fresco imitating the broad marble retaining wall (perivolos). The doorway is 1.67 meters wide without the appearance of door panels. The side walls of the chamber are lined with Thassos marble and are adorned with Ionic architrave.

The prothalamos, or antechamber, has marble walls, however six meters from the doorway there is a missing part on the left of a dividing wall. The wall, decorated with eight-petalled rose motifs in relief, also bears a marble lintel resembling the outer one. Archaeologists expect that there is another opening below that will allow them to enter the tomb’s interior.

The hole in the decorated wall and signs of forced entry outside the huge barrel-vaulted sculpture are of concern to scientists and indicate that the tomb may have been plundered long ago, according to an article by the Associated Press that doesn’t attribute a source to the comment. This report is contrary to statements made by the site’s lead archaeologist Katerina Peristeri over the weekend.

Photos from the Ministry of Culture:

The missing part to the left has caused speculation as to whether the tomb may have been plundered many years ago though no official comments were made. 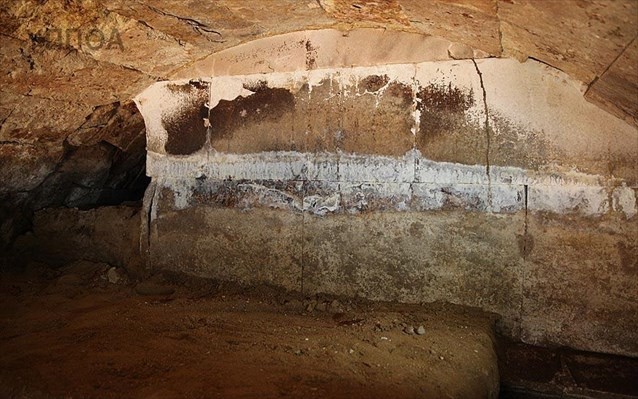 The Sphinx guardians at the entrance of the tomb are made of marble from Thassos and stand under an arch. 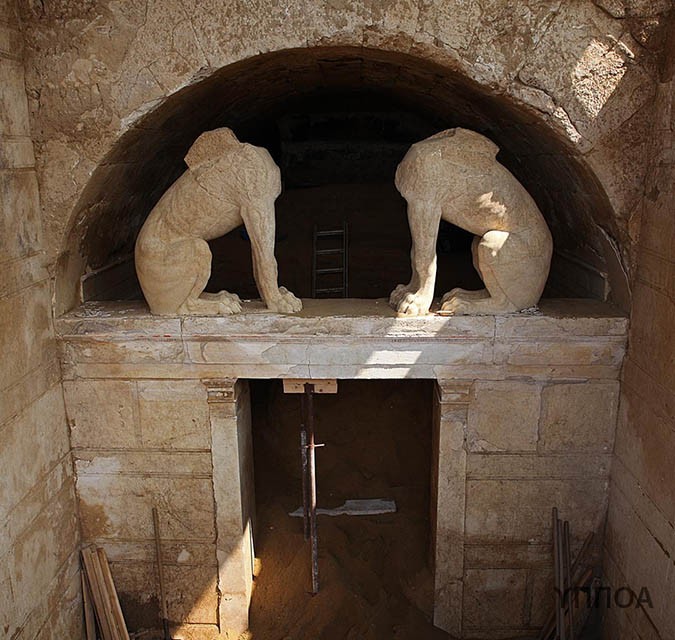 Debris was removed to reach the prothalamos. 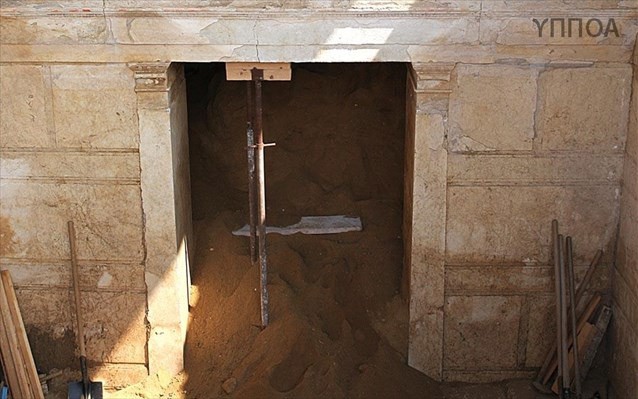 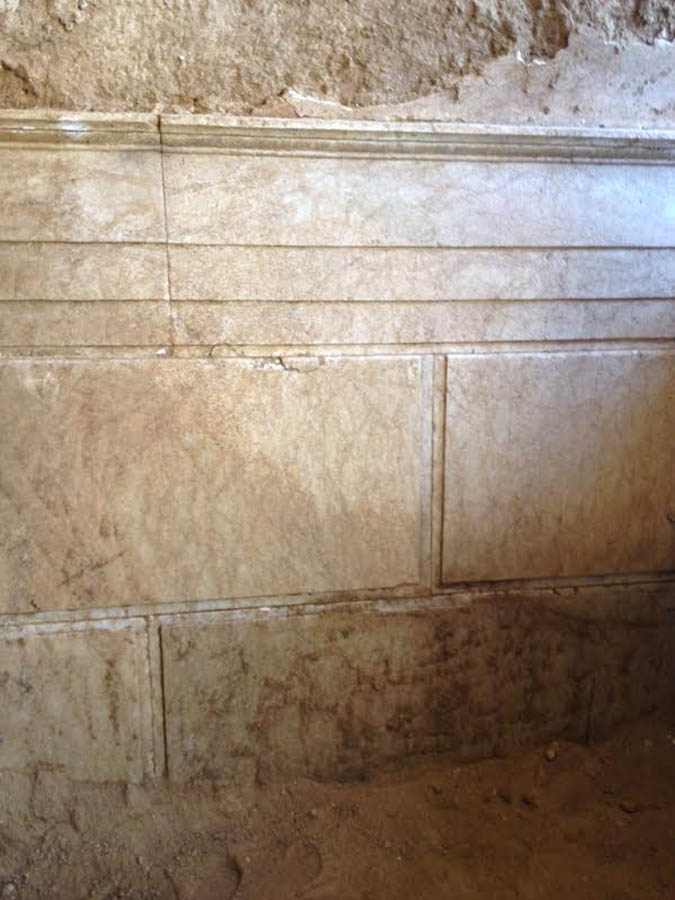 A video of the site: