Every year hundreds of visitors are gathering in northern east Trace to experience an ancient fire-walking ritual, called Anastenaria.

The ritual is performed on the eve of Saint Constantine and Helen’s Day, on May 20, and lasts for three days. The fire-walkers (anastenarides) are carrying icons of Saints Constantine and Helen and dancing ecstatically for hours before entering the fire and walking barefoot over the glowing-red coals without getting burnt. 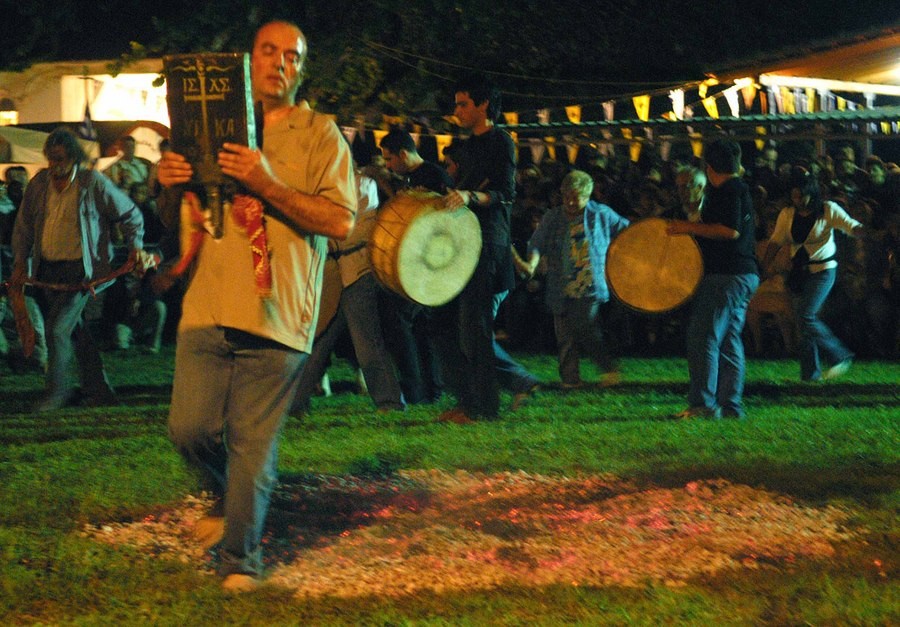 The communities which celebrate this ritual are descended from refugees who entered Greece from Eastern Thrace after the Balkan Wars of 1911–12 and the exchange of populations between Greece and Turkey in 1923.

There are variations in the ritual from place to place, and even though the “Anastenaria” is a ceremony which has its roots in the Dionysian rites, it is dedicated and attached to the Christian faith, since it is celebrated on Saint Constantine and Helen’s Day. However, the Greek Orthodox church has not accepted the custom and considers it pagan. 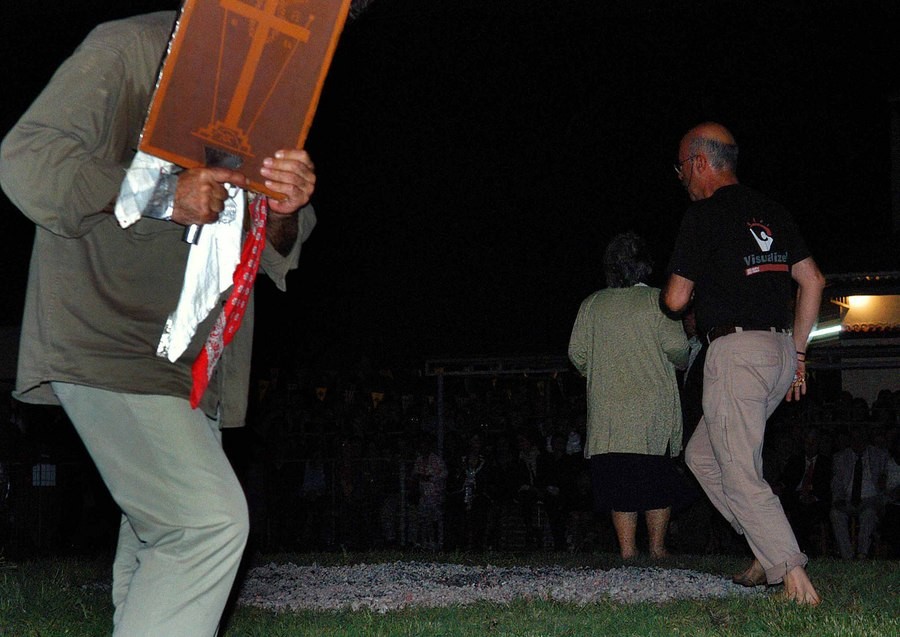 The ritual is revived in Agia Eleni and Kerkini at Serres, and Langada near Thessaloniki, northern Greece. 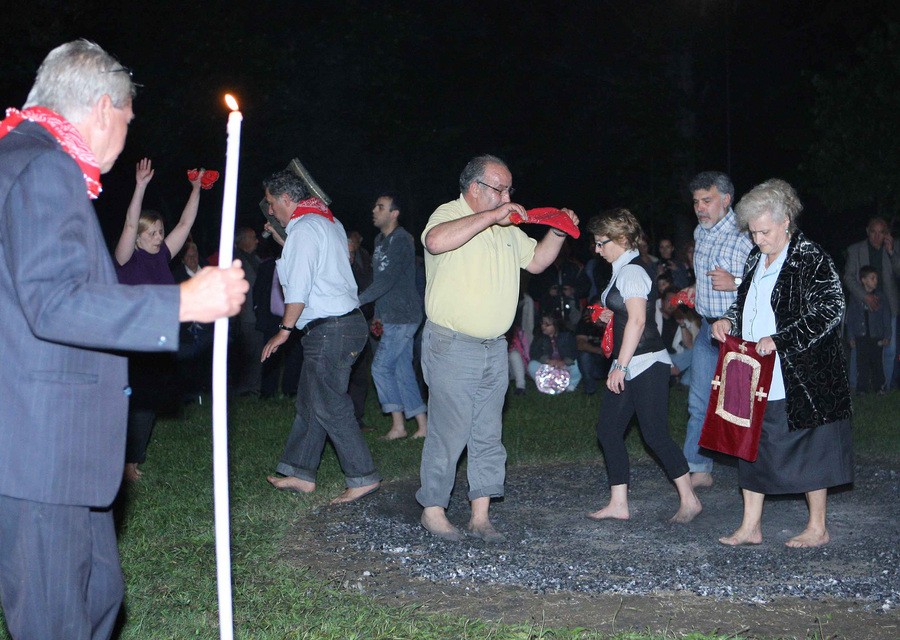 The celebration starts on the eve of Constantine and Helen’s Day, May 20, with the sacrifice of an animal (Quirbani) and the transfer of holy icons from the church to a special shrine known as the konaki, where their holy icons are placed. The next day, May 21, in the evening, a fire is lit in an open space and after dancing for some time in the konaki, the anastenarides carry their icons near the fire. They dance around it in a circle and individual anastenarides dance over the hot coals without getting burnt.

Scientists have been trying to explain Anestanaria phenomenon for years, but they have not reached any conclusion yet. Anastenaria ritual is also performed in Bulgaria and is an important element of the cultural heritage of the Bulgarian people. In 2009 it was included in UNESCO world heritage list.