For many years, Apple had been criticized for catering exclusively to the high-end market

When Apple unveiled its latest line of smartphones at a virtual event last week, not only did the company introduce more models than ever before at a single event, namely four, but it also kept more of the older models around than many had anticipated. Apart from the iPhone 11, which was expected to remain available as an entry-level model, Apple also extended the shelf life of the 2018 iPhone XR, which remains on sale as an alternative to the iPhone SE.

As the following chart shows, Apple now has an iPhone for (almost) every wallet, starting with the budget-friendly iPhone SE from $399 and ending with the top-of-the-line 512GB 12 Pro Max for $1,399 in the United States.

For many years, Apple had been criticized for catering exclusively to the high-end market, a strategy that made it extremely difficult for the company to gain traction in emerging markets. In light of slowing smartphone sales in mature markets, Apple has lately adjusted its strategy towards offering a more complete range of phones. Keeping previous years’ models around for a reduced price has become the company’s primary strategy of attracting cost-conscious buyers, with the iPhone SE the only notable exception. 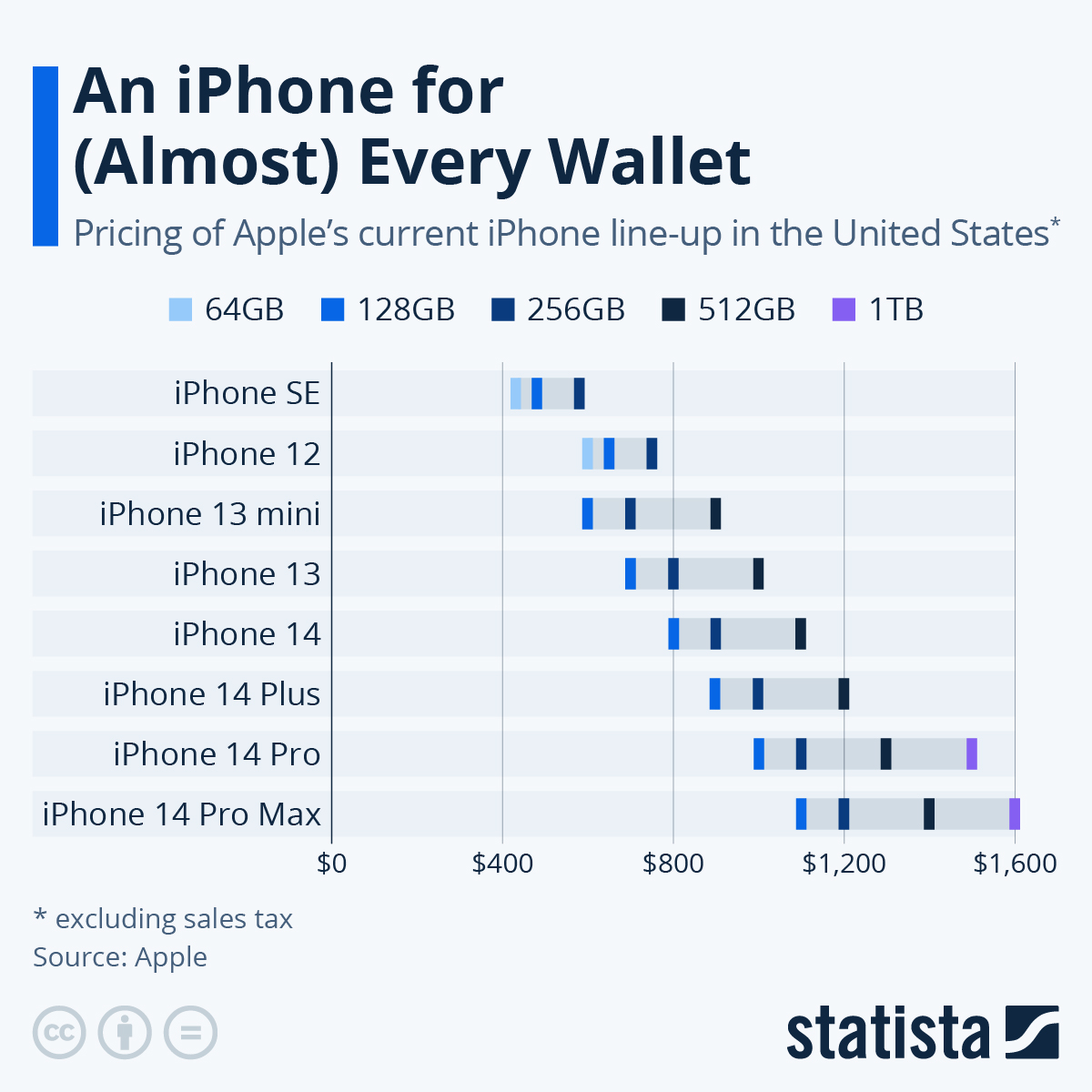