How long have they been here?

Did ancient artists leave us clear signs of otherworldly interference in our lives and in our culture?

Art can be considered a record of history, culture, and science as it reveals man in his many aspects, offering a more complete insight and a unique viewpoint. Since the beginning of man, humans have always felt a need to reproduce celestial events, first on the walls of caves and then on canvas. It is not the case that history, art, archaeology, and anthropology were rewritten in art, but these interpretations should be viewed in light of new elements whose existence had not previously been suspected. 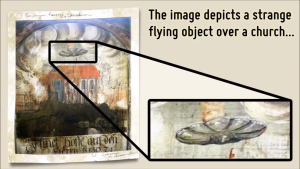 In eastern France, Cote d’Or department, in the little town of Beaune, (the wine capital of Burgundy), there is the Notre Dame Basilica. The original building was constructed about 1120-1149. Inside, besides frescos of the 15th century, there is a library that houses a set of tapestries from the 15th to the 18th centuries. 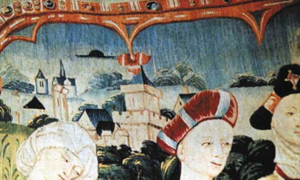