Rather than pop an ibuprofen after a night of debauchery, ancient Egyptians may have worn a leafy necklace says a newly translated text written in Ancient Greek. The text with a recipe for a “drunken headache” cure calls on alcohol victims to string together leaves from a shrub known as Alexandrian chamaedaphne to wear around their necks. 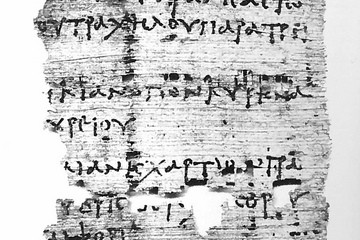 The 1,900-year-old papyrus containing the hangover treatment is one of over 500,000 such documents found in the ancient Egyptian town of Oxyrhynchus by researchers Bernard Grenfell and Arthur Hunt about a century ago.